A Legacy of Service

SFS was founded in 1919—100 years ago—to prepare the U.S. to engage on the global stage and has been preparing future leaders to make the world safer, more equitable, more prosperous, and more peaceful ever since. Fr. Edmund A. Walsh’s vision was a school that would prepare students for all major forms of foreign representation — whether commercial, financial, consular or diplomatic.

Born in 1885 in South Boston, Mass., Edmund A. Walsh began his Jesuit novitiate and studied philosophy in Maryland before teaching at the preparatory school run by Georgetown University and studying in Ireland, England and Austria-Hungary. Walsh was ordained in 1916 and became dean of Georgetown College a year later, but his deanship was soon interrupted. The War Department (now the Department of Defense) requested his participation on a board comprised of five educators who designed the academic program for the Student Army Training Corp. The Training Corp educated new military personnel to prepare for America’s entry into the First World War.

This experience drew his attention to the lacking American education in diplomacy, which helped shape Fr. Walsh’s conception of the SFS. He realized Georgetown University, with its DC location and values of service, would be the ideal home for the United States’ first school in international affairs. 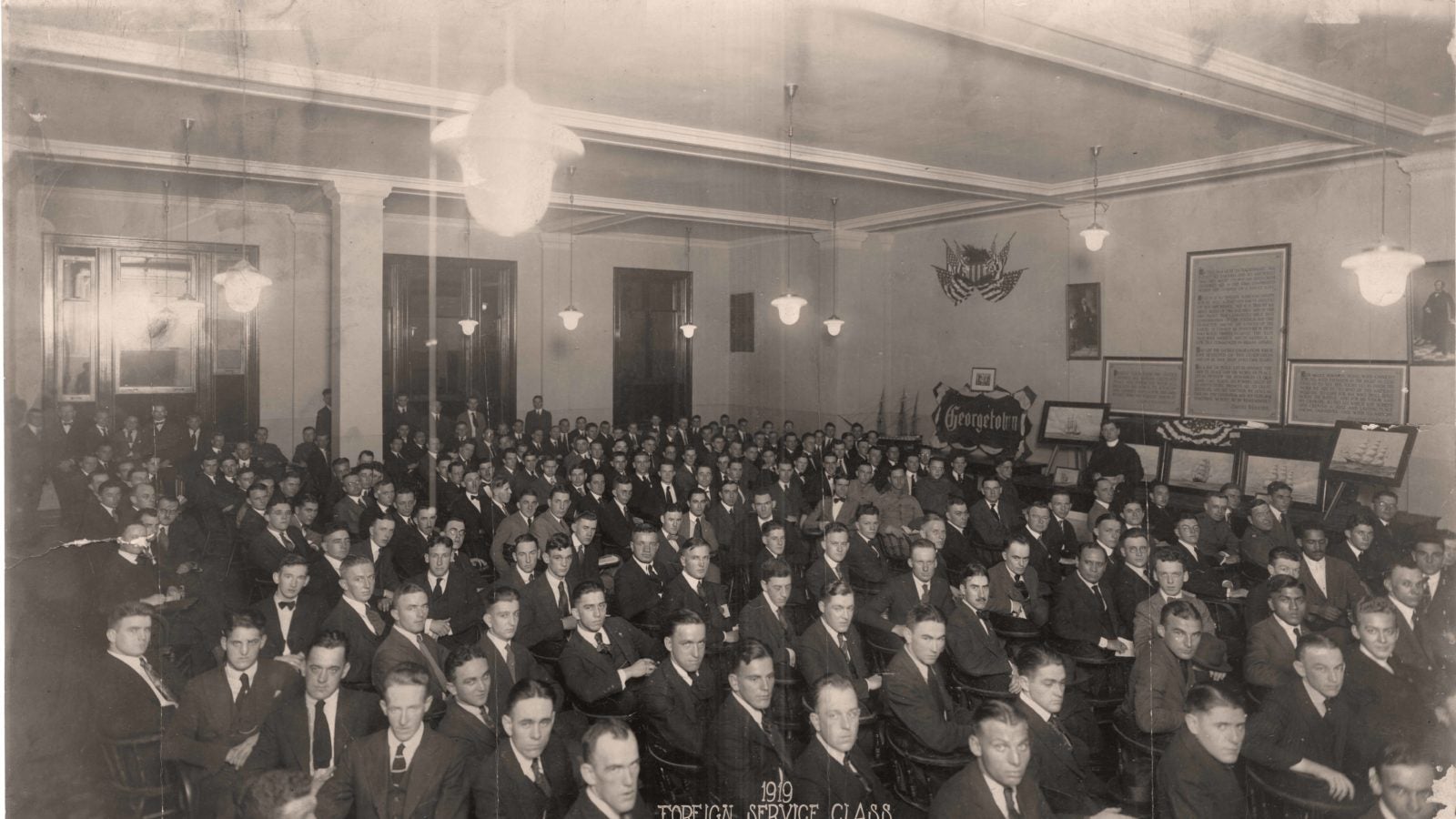 The Founding of the SFS

The school’s use of the name “Foreign Service” preceded the formal establishment of the modern United States State Department Foreign Service six years later in 1924. Fr. Walsh’s vision was a school that would prepare students for all major forms of foreign representation —whether commercial, financial, consular or diplomatic.

Two years after his death in 1956, Georgetown opened the Walsh Building on East Campus—the first permanent home of what was then renamed the Edmund A. Walsh School of Foreign Service.

SFS alumni have been out in the world making an impact for the past 100 years. This is a collection of stories told in their own words. 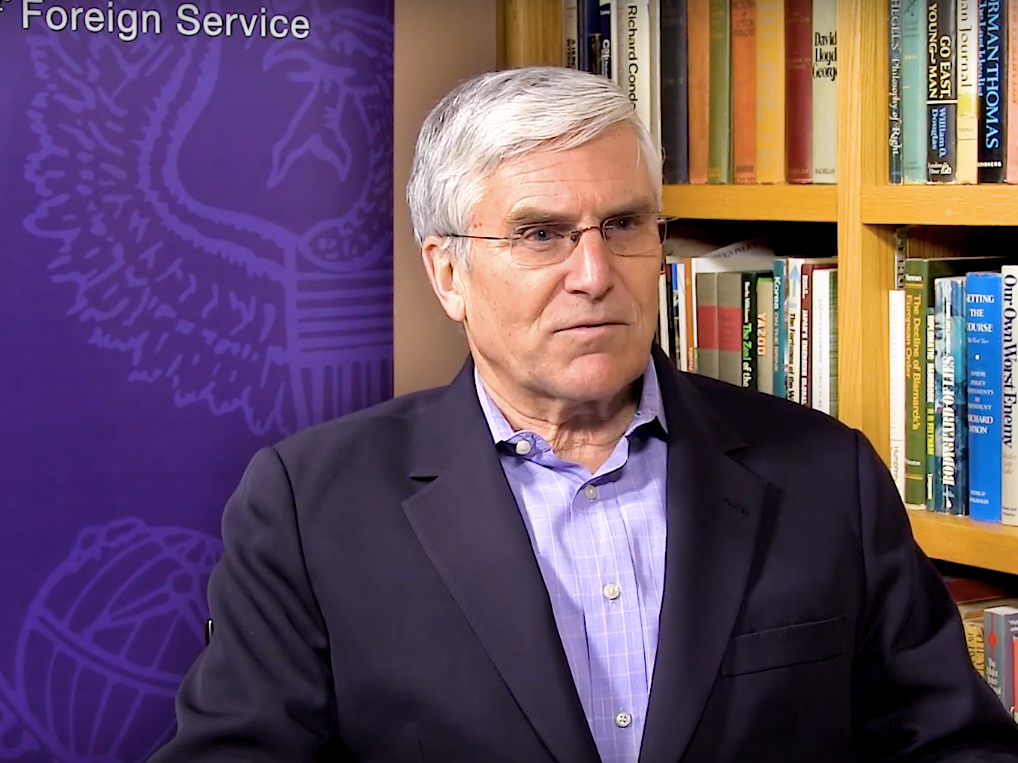 Learn more about the events of the first century as the SFS grew in size and scope. 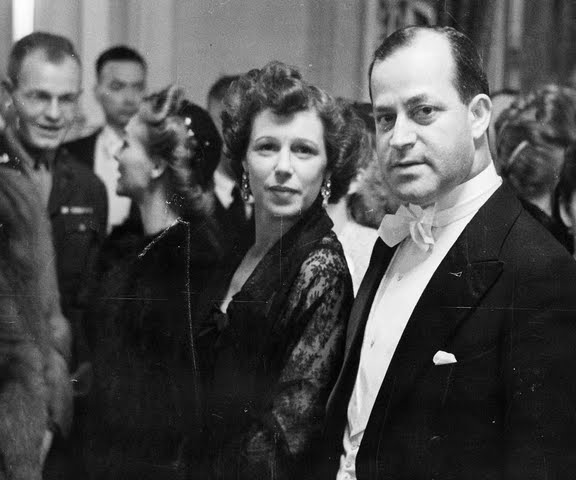 SFS 100: A Century of Service is a handsomely illustrated volume that celebrates the school’s first one hundred years and the faculty and alumni who have made SFS the world’s top school of international affairs.

Purchase the book from Georgetown Press 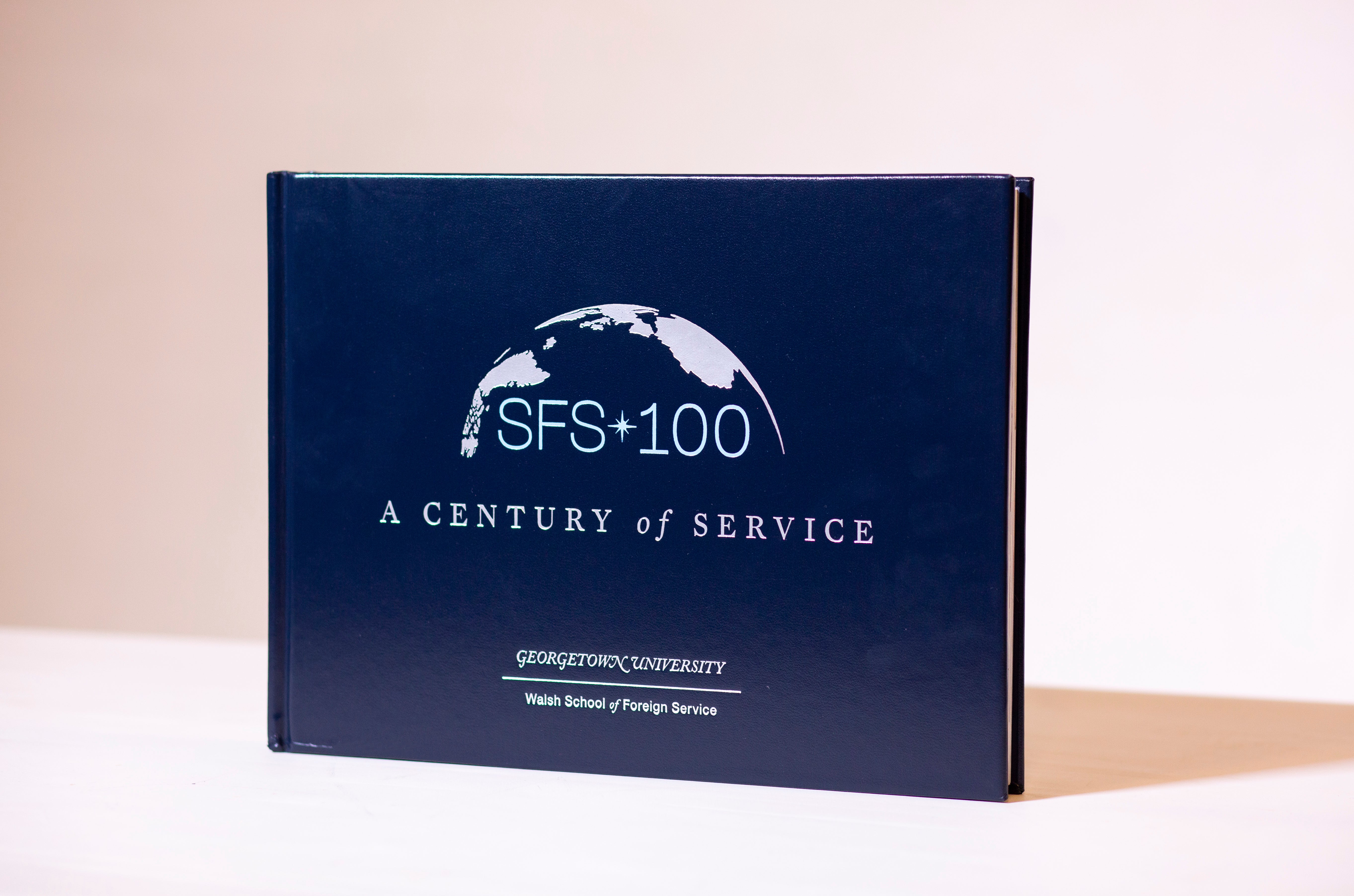 An Integrated Course of Study

The original curriculum of the school was designed by Fr. Walsh to merge certain technical aspects of international affairs with a liberal education and moral values representative of Georgetown’s Jesuit tradition.

“Born in an hour that enriches it with a heritage of dearly purchased lessons in the meaning of true citizenship and pure patriotism, the School of Foreign Service hopefully dedicates its future to the exemplification of the Christian trilogy; −to Law, that Justice may prevail in the economic and political sciences; to Beauty, that she may not walk unnoticed in the busy marts of trade, among the money changers, and to Conscience, that sound Morality may ever guide our beloved country and countrymen in all their dealings, be they with nations or individuals.”

Though curricular modifications have been made to meet the changing international landscape, the SFS curriculum remains grounded in many aspects of Walsh’s original conception. 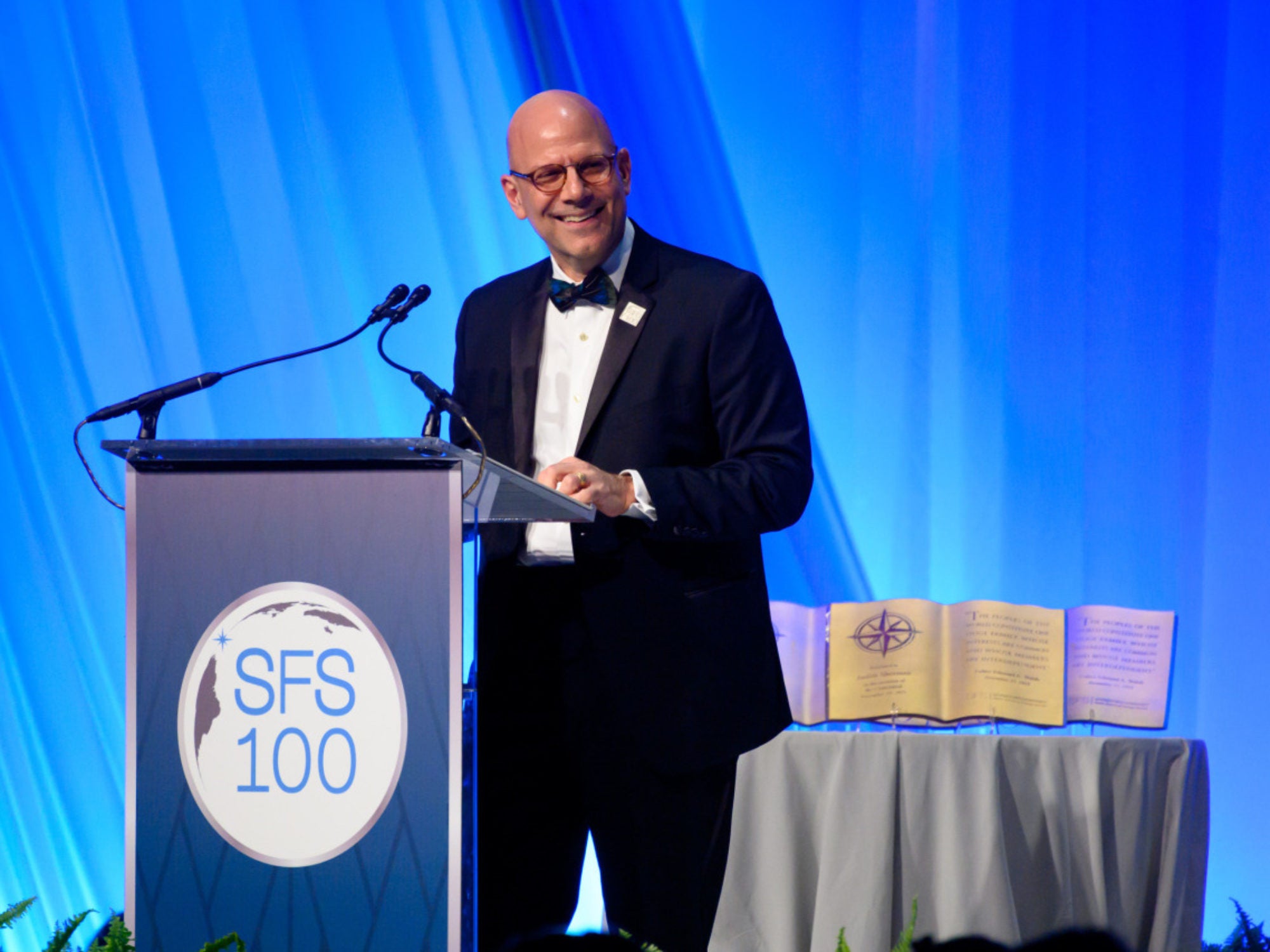 The centennial celebrations held over the 2019-2020 academic year helped to reconnect the school with its history, mission, and community, and to plan for an equally influential second century.

Learn more about the Centennial