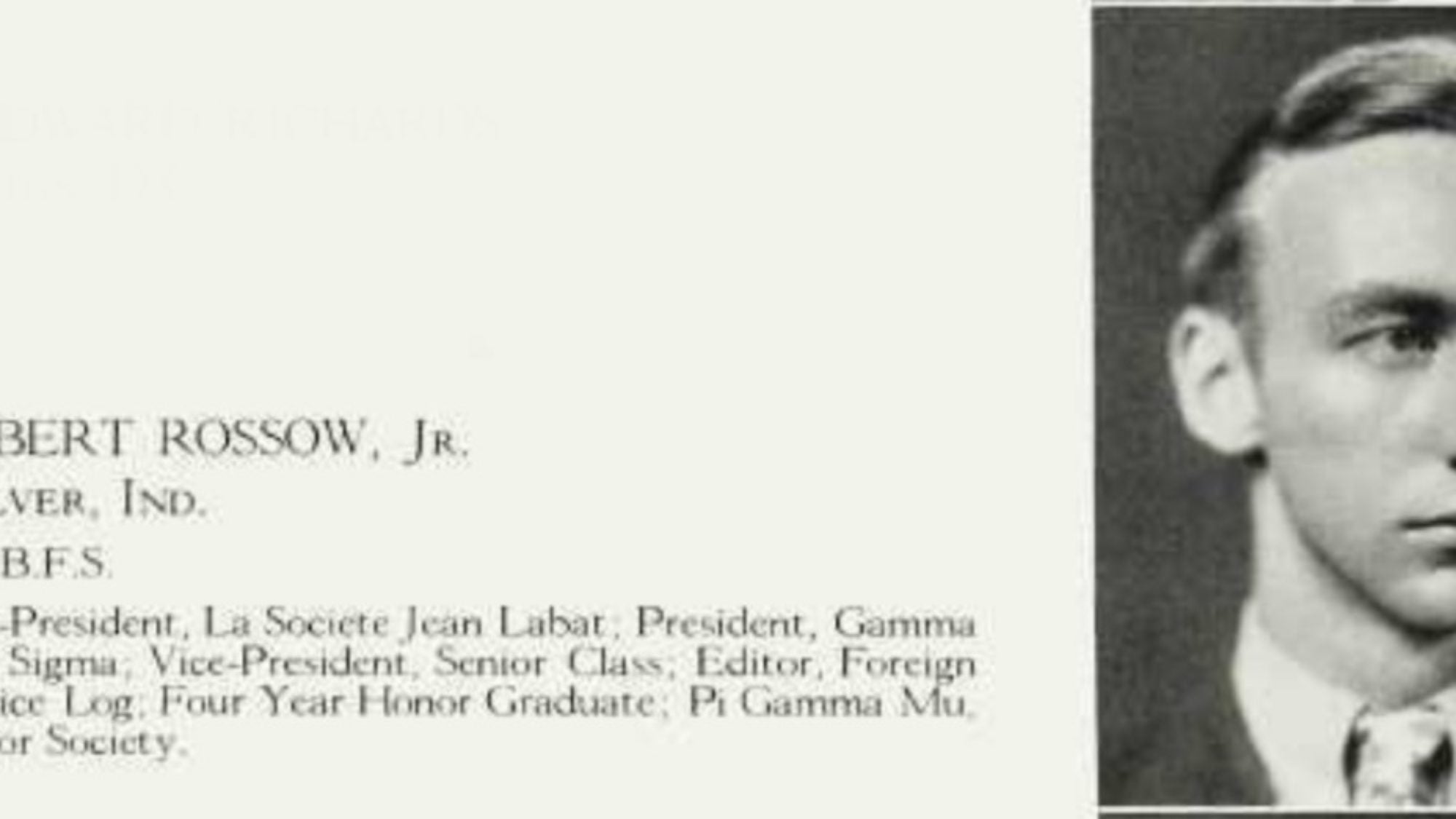 Robert Rossow (SFS’39), the newly appointed vice consul to Tabriz, northwestern Iran, sends a series of urgent telegrams to Washington. His intention was to alert the State Department of Soviet troop movements in the area, as Moscow was attempting to destabilize Iran by setting up a Communist-backed Azerbaijani puppet government on Iranian soil. At the age of only 27, Rossow tracked the Soviet forces, verifying reports of witnesses to their movement by examining hoof-marks and droppings left by horses. On one occasion, he was arrested and briefly detained by the Soviets. His detailed reports helped Washington put pressure on the Soviet Union to carry out the withdrawal of forces from Iran promised by the end of the Second World War.