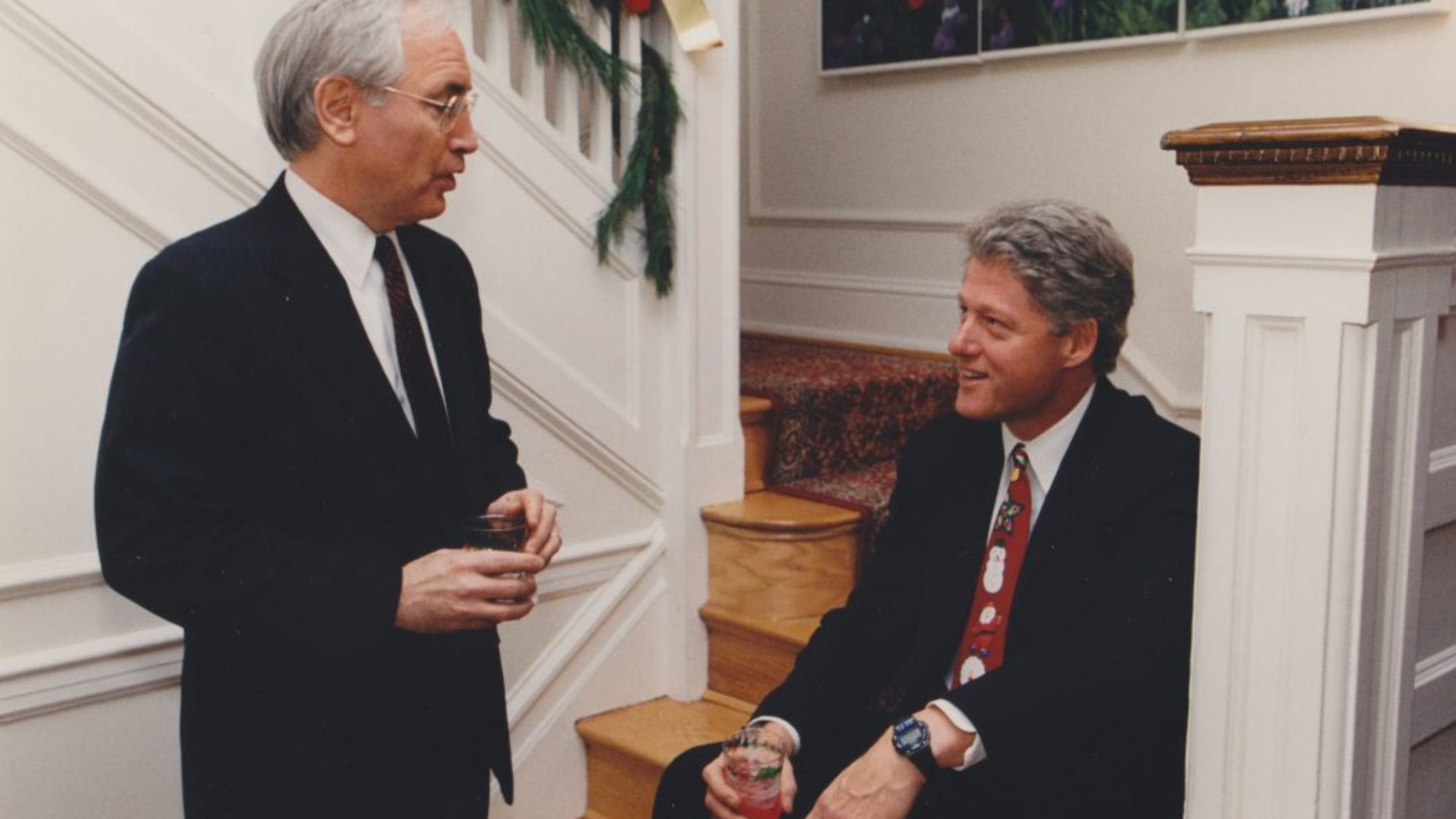 Philip Verveer has seen it all. The career Justice Department attorney, Federal Communications Commission counsel, senior State Department official, and private lawyer made his name in the world of international communications law and policy in a multifaceted manner. His story spans the public and private sectors, various watershed moments throughout history, and multiple countries, and all started at the School of Foreign Service.

Preceding a Career in Public Service

Verveer, who graduated from Georgetown in 1966 before attending the University of Chicago Law School, began his legal career as a trial attorney in the Antitrust division of the U.S. Justice Department. Soon after, a case of monumental proportions found its way to his desk: litigation regarding the breakup of the Bell/AT&T monopoly. According to Verveer, some qualities of the company’s conduct and “unusual structure” led to a monopolization lawsuit under the Sherman Act. For the first few years of the case, Verveer was in charge of investigating and litigating the case.

“It was an interesting experience. I was pretty young for the responsibility and the litigation part of it was mostly outside my experience,” Verveer said. “I wasn’t then, and never had been, a litigator, so it was somewhat anomalous in that sense.”

As a generally new Justice Department employee — in 1974, Verveer was just eight years removed from his undergraduate studies — the case presented both challenges and opportunities. “It had the further consequence, since I was in charge of the people working on this, of making me a kind of elder of the tribe at the age of less than thirty,” he said.

He credited his time at Georgetown for some of the skills and knowledge used during the Bell/AT&T case. “It was one of those things that requires you to bring to bear what you know about not just the law, but also economics, and economics courses at Georgetown and at law school turned out to be pretty significant,” Verveer said. While he stopped working on the case in 1977, the breakup of the Bell System was officially mandated in 1982 and marks an extremely significant event in the world of communications and monopolization policy.

There were many other qualities of Georgetown, and the SFS in particular, that prepared Verveer for his future work. In 2009, President Barack Obama nominated Verveer to the position of Deputy Assistant Secretary of State for International Communications and Information Policy within the Department of State. He served in that position, which comes with the title of Ambassador, until 2013 and frequently met with foreign leaders, either in D.C. or abroad, as part of the job.

“The School of Foreign Service affords a quite important sense of respect for other cultures, appreciation for the significance of history, and so forth,” Verveer said. “If you can bring that knowledge with you to a career, that’s important.”

He describes his time in the State Department, where his primary responsibility was managing international communications and information policy across various regions and nations, as the most interesting job he has ever held.

“For someone whose interest would lead you to the School of Foreign Service in the first place, the State Department is a place that reinforces and feeds into that interest. From that point of view, it was without a doubt the most interesting thing I’ve ever done.”

“In the State Department, you are the recipient of so much information about what is going on in the world every day,” he said. “You’re with people who are experts about what is going on in literally every place on earth in terms of the politics, economics, cultural movements, climate, and all sorts of things. For someone whose interest would lead you to the School of Foreign Service in the first place, the State Department is a place that reinforces and feeds into that interest. From that point of view, it was without a doubt the most interesting thing I’ve ever done.”

Verveer recalls world events that occurred during his time on the Hilltop that stuck with him throughout the rest of his career, including the assassination of President John F. Kennedy, and the civil rights marches in Selma, Alabama. “The fact that I was here in D.C. with like-minded people made it possible to experience some of those events in a more meaningful way,” he said.

He also found that his time on the Hilltop brought some of his best personal memories, including meeting his wife, Melanne Verveer (I’66, MS’69), and many good friends. Verveer mentioned a Pub near the current 1789 Restaurant and Teehan’s Bar, which was also formerly located next to 1789, as two locations where he used to hang out with friends. “To me, those are some of the most significant memories,” he said.

One particularly influential connection made by Verveer during his undergraduate studies, Bill Clinton (SFS ‘68), turned out to be incredibly useful as both a friend and professional contact.

“One of the most important people I knew out of many friends was Bill Clinton. That has led to all kinds of significant consequences for my wife and me over the course of our lives,” he said. Melanne was Hillary Clinton’s chief of staff during the Clinton administration and served as the Ambassador-at-large for Global Women’s Issues while Hillary Clinton was Secretary of State.

In addition to meeting many friends and acquaintances, Verveer also discussed the impact Georgetown’s Jesuit values had on his future. Verveer met Melanne in an undergraduate theology seminar, and the couple maintained a strong relationship with the priest who taught the course, Father Paul Cioffi.

“Why he invited me to join his theology seminar, I have no idea, but it turned out to be important in many ways,” Verveer said. “He really became the family priest. He married us, presided at our children’s baptisms, our grandchildren’s baptisms, the whole range of things. We were able to see parts of the world with him. It was absolutely wonderful.”

Verveer recently left a position as counsel with a private law firm and is pondering his next career move. No matter where he ends up, he will use skills first acquired during his time at the SFS.

“There is a kind of aura about the realities of international cooperation, the realities of a planet with a lot of people who are entitled to as much consideration as the people we encounter here, and that they have their own ways of doing things that have to be respected. And that’s a wonderfully significant set of insights that I think is available to pretty much every student at the School of Foreign Service.”