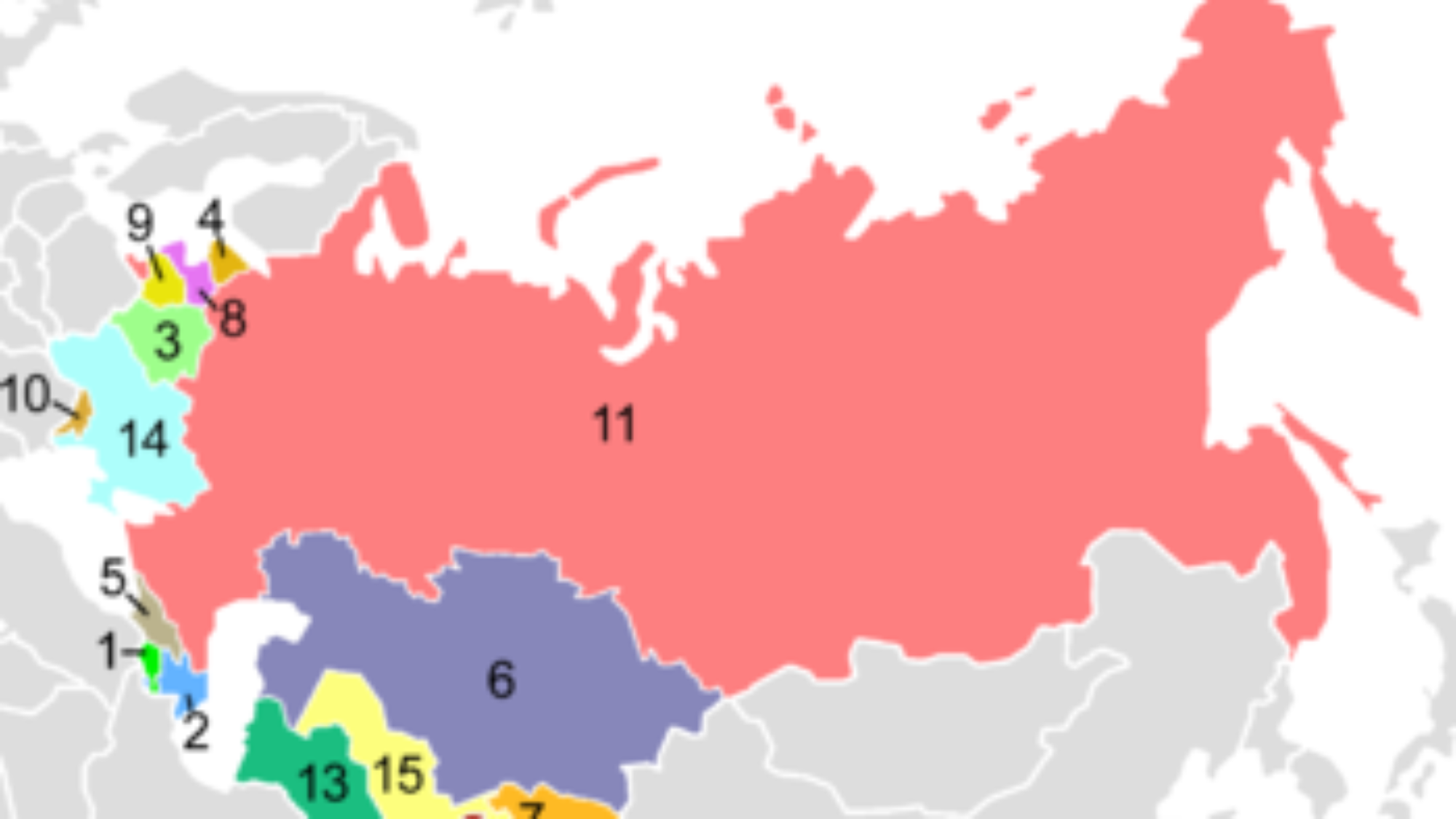 The early 1990s were a time of immense shifts in the landscape of international affairs. In December 1991, the Soviet Union was formally dissolved, though constituent republics of the collapsing superpower had been gradually making moves towards independence since the 1980s when Gorbachev introduced his Perestroika reform package. The collapse of the Soviet Union produced 15 new states that, with varying levels of enthusiasm, sought to transform themselves into market democracies. However, the challenges facing them as they advanced down this path were immense. Under the Soviet system, the market was non-existent as the inputs and outputs of the economy were dictated according to the plan set by Communist functionaries in Moscow, with no regard to the quality of the product or the needs of the population; private business was practically non-existent; and Marxist ideology held a monopoly over the study of economics. As a result, after gaining sovereignty and setting themselves out on the path to reform, these young states experienced an alarming dearth of personnel with sufficient expertise to guide their countries through this transition, and manage the newly constructed market economies.

The Pew Economic Freedom Fellows program was designed to rectify the paucity of market experience with the enormity of the task that faced the emerging leaders of post-Soviet states. The program’s initiator was Kevin F. Quigley (PHD’95), the Director of Public Policy of the Pew Charitable Trusts, an independent nonprofit dedicated to improving public policy by conducting analysis, and enacting programs that “insist on tangible results.” Peter Krogh, Dean of the SFS at that time, and Allan Goodman, a professor at the School, led the effort for the School of Foreign Service to bid for the program to be hosted on Georgetown’s campus. The goal of the program was threefold: first, to inform economic policy-makers in newly emerging democracies how market-oriented systems work in practical terms; second, to sharpen skills in economic policy analysis, negotiations with multinational corporations, the financial management of enterprises, and computer application; lastly, to allow participants in the program to develop a network, linking them to Georgetown faculty in the Economics Department and School of Foreign Service and policy-makers worldwide.  “Our hope was that [Fellows] could always turn to us, and most importantly to their colleagues in the program, for advice and assistance as they confronted new challenges,” said Professor Stuart Brown, who acted as the program’s founding director.

The program began in 1992 when Brown was tasked with recruiting “20 individuals who appeared to possess the capability, personal skills and leadership potential to make a real difference in their respective countries.” The specific targets of the Fellows program were mid-career individuals from transitional economies who are on an upward career trajectory in institutions involved with economic transition matters. Initially, the Freedom Fellows were to come exclusively from post-Soviet Eastern Europe, but the success of the program and the need for the education in other parts of the world led to the program’s expansion. By 1995, the class of Pew Freedom Fellows included representatives from Central Asian former-Soviet States, as well as East Asian countries also in the midst of a transition towards a market system.

The program consisted of a five-month course of intense study at the School of Foreign Service, composed of seminars, a practicum, and site visits. During the 1993 program, Fellows visited the most important urban centers of economic life in the United States, including Chicago where they visited the Chicago Mercantile Exchange to get a lesson on futures trading. Onlookers noticed how the Fellows looked down curiously from the visitors’ gallery at the action of the traders below, who were frantically waving their arms and shouting out trades to make.

“Everyone has seen this on film and you always wonder why these people are all the time waving their hands and what the anxiety is for,” said Irena Komitova, a participant in the program from Bulgaria. This interaction illustrates the true deficiency in knowledge for many of these aspiring capitalists. In Communist countries, there was no need for exchanges of any kind as the state has ownership over all firms, resources, and capital; buying and selling for profit were considered illegal forms of arbitrage. Indeed, among the Fellows delegation from the newly independent nation of Latvia, one third had been former Communist members of the Supreme Council of the Latvian Soviet Socialist Republic, functionaries working within Communist ministries, or merely members of the World Federation of Free Latvians. They had no pre-experience with market economics, let alone true understanding or training. The program’s second segment, during which the fellows were paired with a Washington economic policy-making institution or major international corporation, was specifically designed to amend this.

Among other alumni of the program is Dalia Grybauskaite, the current President of Lithuania, and former European Commissioner. Grybauskaite was in the first class of Economic Freedom Fellows. In 2013, she was awarded an honorary Doctor of Humane Letters degree by Georgetown University for her “political leadership, truth, transparency, and responsibility.” Kairat Kelimbetov similarly completed the program, in 1999. He later became the governor of Kazakhstan’s central bank. Another alumnus is Uldis Osis, the former Minister of Finance of Latvia, advisor to center and center right parties, and social security reform expert. The penetration of the Freedom Fellows graduates into the government of Latvia was so substantial that economists began to characterize the economy as being afflicted with “Georgetown University Syndrome,” or slavish adherence to the precise neo-liberal principles taught during the program. The program, however, seems to have stood well by Latvia, which is a member of the European Union and the Eurozone, and currently has one of the most developed economies worldwide.

The Pew Economics Freedom Fellows program helped countries transition towards market-based economies. The knowledge provided by the program assisted governments around the world to undertake painful, yet worthwhile reforms. In doing so, SFS played a role in ending the standoff between the capitalist and Communist blocs, which geopolitically defined the second half of the 20th century. The marketizations and privatizations that occurred as a result of the end of the Cold War constituted the greatest global restructuring of wealth in history.