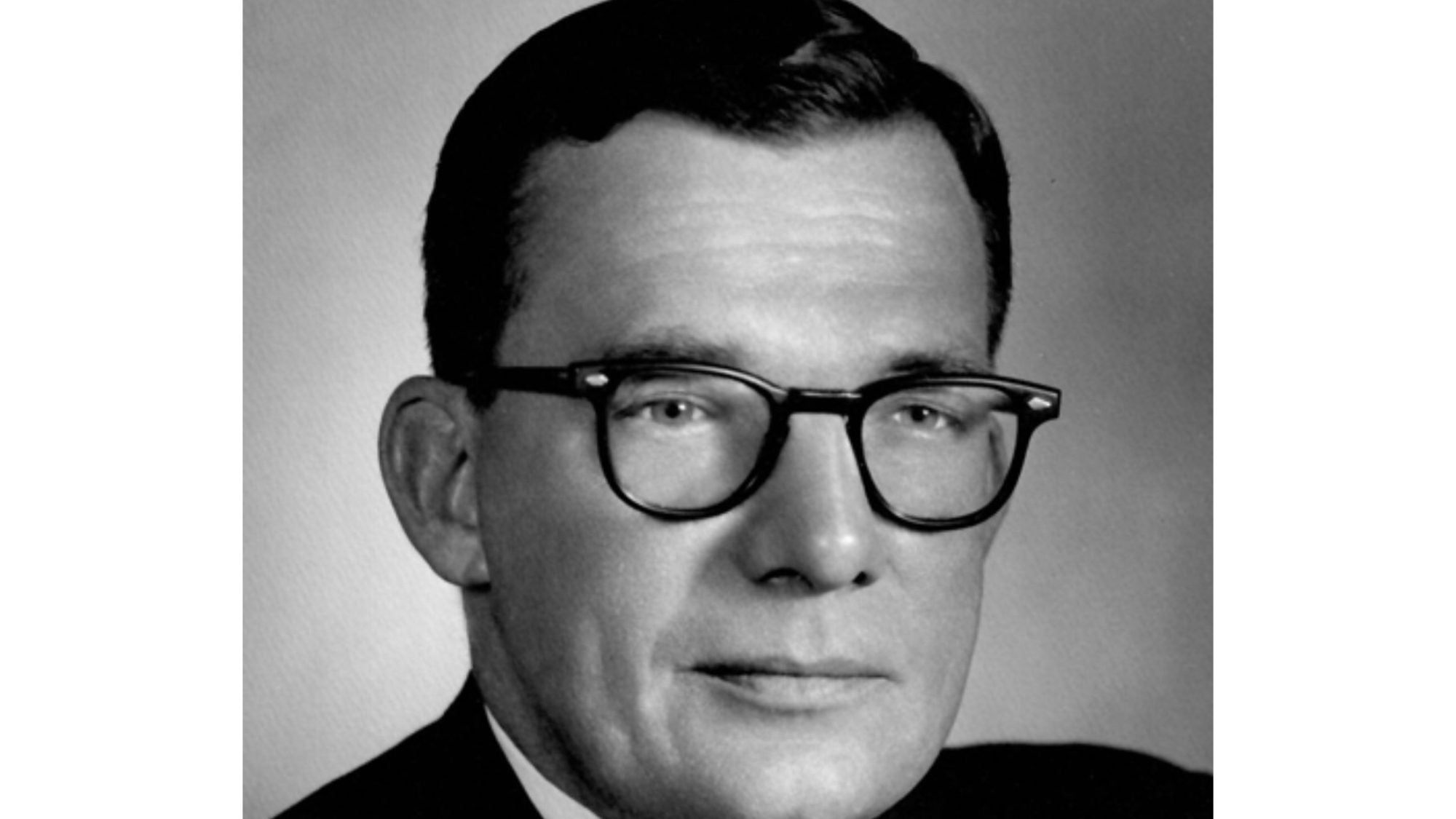 Lane Kirkland (SFS’48) was a prominent American labor leader, serving as President of The American Federation of Labor and Congress of Industrial Organizations (AFL-CIO), the largest federation of unions in the United States, from 1979-1995. He is remembered for his advocacy for racial equality and attempts to shore up the foundering domestic labor movement that he inherited. However, true to his status as an SFS graduate, Kirkland’s greatest legacy is in the international arena. He was known as a steadfast opponent of Communism and early and enthusiastic supporter of Solidarity, the first independent trade union in Soviet-dominated Eastern Europe that was enormously influential in the end of single-party party control in Poland and the broader region.

Kirkland was born to a prominent South Carolina family in 1922. Although coming from relative wealth, Kirkland’s sympathies for the labor movement developed from a young age. He grew up during the Great Depression in Newberry, South Carolina – a mill town. He observed how the parents of his classmates at public school existed on the brink of financial ruin: “If they’d fire a guy, he’d lose his house; he’d lose everything. There’s no better way to get an education in becoming liberal than to be exposed to those sorts of things.”

After serving as a U.S. Merchant Marine during World War II, Kirkland worked for the Navy drafting maritime charts in Maryland while simultaneously taking night classes at the SFS. Following attainment of his Bachelor’s Degree in Foreign Service in 1948, he took a job at the American Federation of Labor (AFL), which would later would become AFL-CIO following a merger in 1955 with the Congress of Industrial Organizations (CIO). Kirkland’s interest in AFL, he reported in a 1979 Washington Post interview, was first piqued while a student at Georgetown. AFL President Bill Green came to campus to talk to one of Kirkland’s classes. The two struck up a conversation after the lecture, during which Green offered him a job. So began his career in workers’ rights.

As part of his job, Kirkland helped write speeches for President Truman’s running mate, Alben W. Barkley, during the pair’s successful 1948 campaign for the White House. In 1952 and 1956, he did the same for the unsuccessful Democratic presidential nominee Adlai Stevenson. In 1960, he became executive assistant to then AFL-CIO President George Meany, to whom he became a close ally. In 1969, he was promoted to secretary treasurer of the organization. During this time, Kirkland fought fiercely for the rights of African Americans, successfully lobbying for inclusion of a fair employment practices provision in the 1964 Civil Rights Act.

Despite the centrality of the American labor movement to U.S. history and politics, it was struggling when Kirkland ascended to the AFL-CIO presidency in 1979, following a unanimous vote by its constituent union delegates. Kirkland was able to successfully return a number of labor groups to the AFL-CIO umbrella, most notably the Teamsters, Auto Workers, and Mine Workers unions. However, due to structural changes in the national and global economy, such as the decline of the manufacturing sector, he was unable to stem the decrease in union membership.

Kirkland is remembered best as an internationalist; soon after becoming AFL-CIO President, he began funneling support to the young Polish Solidarity trade union that was bravely challenging the Warsaw Communist government. He befriended Polish activists and dissidents, such as Lech Wałęsa, who later became the first post-Communist democratically elected President of Poland. In total he supplied six million dollars to the organization of Polish workers, largely in the form of communications equipment, which was considered instrumental in eventually toppling Communist control of Poland in 1989, which represented the first significant break in the Iron Curtain. Although he was criticized by rivals at home for so heavily focusing on labor issues abroad – he also supported workers’ organizations in Chile, South Africa, Cuba, and China – Kirkland’s commitment to democracy and workers’ rights globally is remembered as a success of American influence for the betterment of humanity. His Washington Post obituary states that his work in Poland was “one of the finest endeavors ever undertaken by any great organization of working people.” Indeed, in 1994 Kirkland was awarded the Presidential Medal of Freedom by President Bill Clinton. In addition, he was posthumously awarded Poland’s highest award, the Order of the White Eagle.

Kirkland passed away on August 14, 1999. He was survived by his wife, Irena Kirkland (née Neumann), and his three daughters.