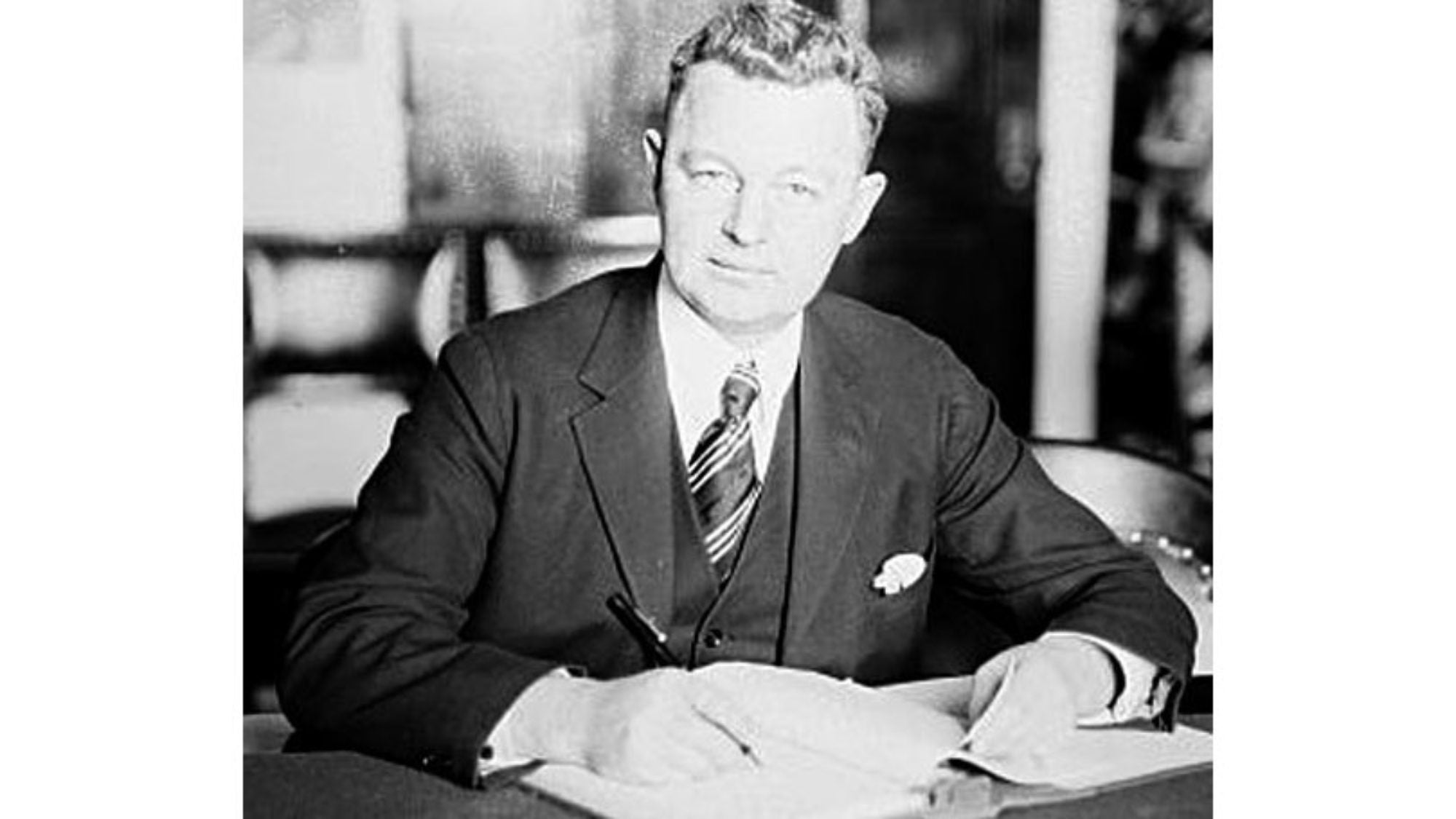 Harry Sandager (SFS’21) was born on April 12, 1887 in Providence, Rhode Island. After graduating from public school in Cranston, R.I., he worked at the Pawtucket (R.I.) Times newspaper as a reporter and sporting editor until 1918.

At that time, he was also a member of the National Council of the United States Football Association (now the United States Soccer Federation), the controlling body of soccer in the United States. In this capacity, he travelled to Denmark to help organize a series of games in the country between the Danish Football Association and an all-American team. This arrangement, however, stirred up great controversy with the Stockholm Sporting and Gymnastics Association, the Swedish soccer association and bitter rivals of the Danish club. They demanded an explanation as to why their country was overlooked for such a series, and Sandager was part of the Council managing that complicated situation.

From 1918 to 1922, Harry worked in Washington, D.C., as secretary to Rhode Island Congressman Walter Stiness. During this time, Sandager attended Georgetown University’s newly founded Foreign Service School (now known as the School of Foreign Service), and graduated in its inaugural class. While at Georgetown, he was one of the original members of the Delta Phi Epsilon Professional Foreign Service Fraternity. He also received a degree from George Washington University in 1922.

After his graduation, Sandager returned to Providence. There, he served as an office executive with Dutee Wilcox Flint, the operator of Ford and Lincoln automobile and Fordson tractor dealerships throughout New England, and remained in this position for almost ten years. Sandager left D.W. Flint in 1931, opening his own Ford dealership in Cranston.

Aside from his work in the automobile industry, Sandager also pursued a career in politics. The Republican was elected to the Rhode Island State House of Representatives in 1928, serving until 1936 and reaching the rank of House Minority Leader. He was later elected to the United States House of Representatives, representing Rhode Island’s second district in the Seventy-Sixth Congress from January 3rd, 1939 to January 3rd, 1941. Sandager ran twice for reelection in 1940 and 1942, but was unsuccessful both times. He became a member of the Republican National Committee in 1941, serving in that role for three years, and was a delegate to Republican National Convention from Rhode Island in 1948 and 1952 as an alternate.

On December 24th, 1955, Harry Sandager passed away in Cranston, Rhode Island, having suffered a heart attack while delivering Christmas presents that evening. He left behind his wife, Mildred.