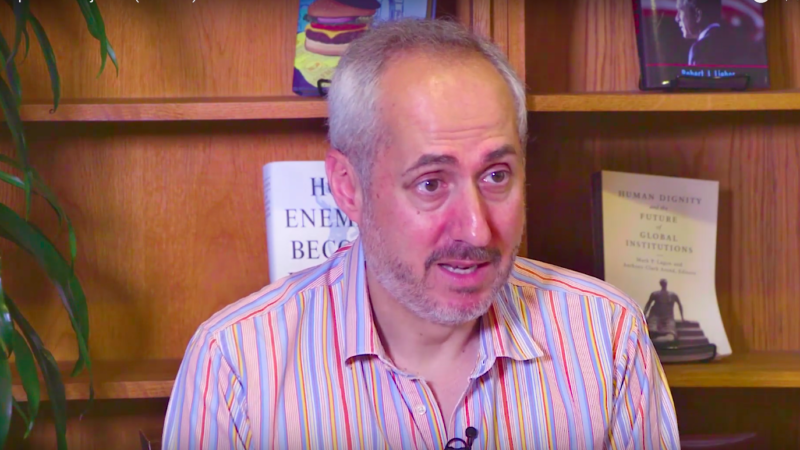 Stéphane Dujarric (SFS’88) has served as the spokesperson for the United Nations Secretary-General since 2014.

Dujarric is reminded of the value of his Georgetown education everyday, both in his daily life and in his career. He often bumps into old classmate during his travels, and he finds that his Georgetown network provides “access to an immense and powerful global community.” There are also nearly one thousand Georgetown alumni working for the UN across the world.

“In the last 100 years, the SFS has produced amazing people who have gone out in the world to serve,” Dujarric said. “They really span every field of work, every field of interest.”

Prior to his current appointment, Dujarric was Director of News and Media for the United Nations Department of Public Information, a position that he had held since March 2011. In this role, he oversaw the UN’s television, radio and photo operations. He coordinates the work of the main United Nations news sites, operating in eight languages. His Division is also responsible for media liaison and accreditation, providing logistical support and information to the international press corps, as well as coverage of official United Nations meetings, producing written coverage for the media, delegations and the general public, such as press releases, meetings summaries and dissemination of official statements and remarks.

Prior to this assignment, Dujarric was Director of Communications for the United Nations Development Programme (UNDP).

Before joining the United Nations, Dujarric worked for ABC News television for close to ten years in various capacities in the network’s New York City, London and Paris news bureaux. He traveled extensively on assignment to cover major stories throughout Europe, Africa and the Middle East.