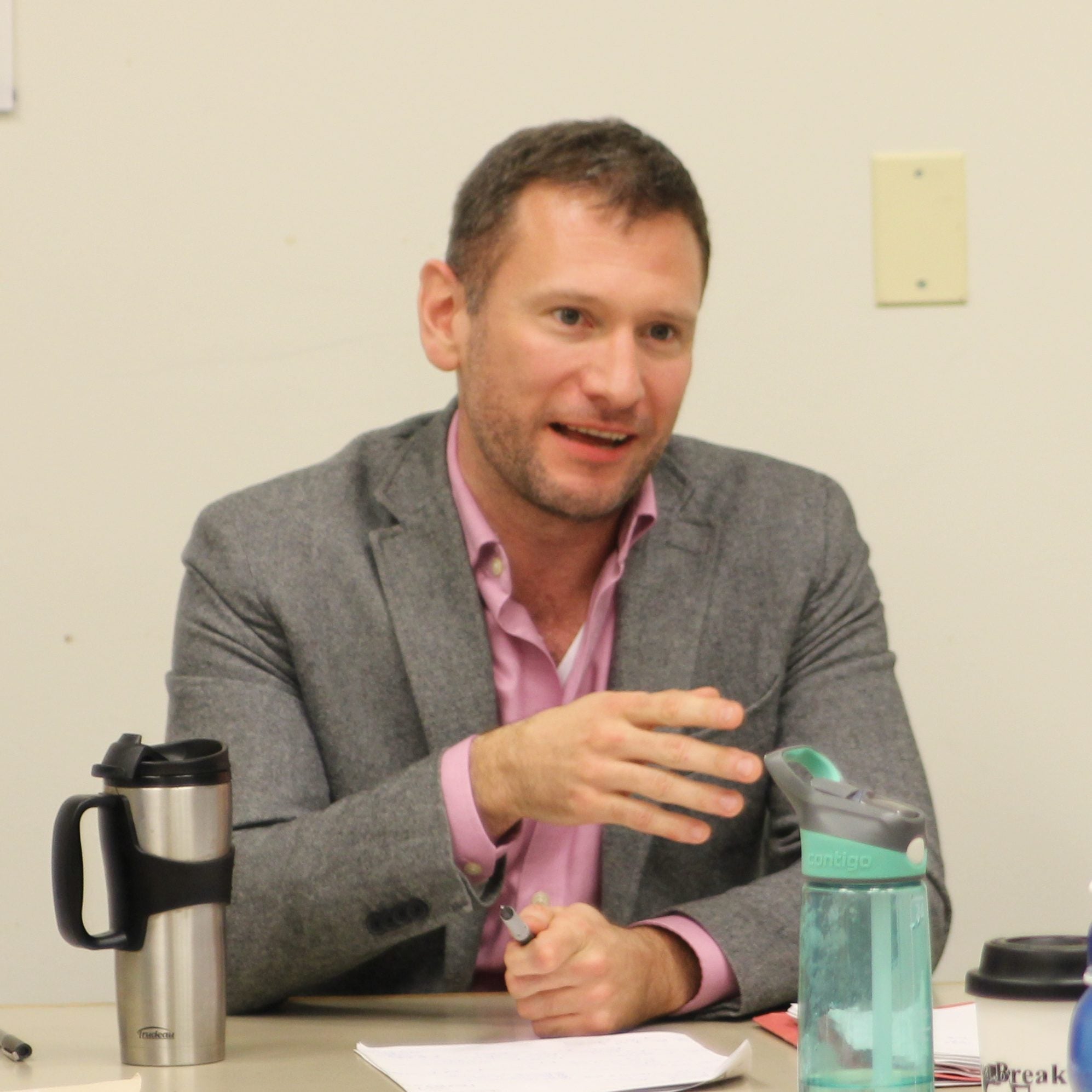 Professor Daniel Neep’s book project The Nation Belongs to All: The Making of Modern Syria has been awarded a Public Scholar grant from the National Endowment for Humanities (NEH). Neep is Assistant Professor of Arab politics in the Center for Contemporary Arab Studies.

The book, a history of modern Syria challenging traditional and popular narratives of the country as it is buffeted by internal conflict and international attention, is the latest in Neep’s research on state formation and state-society relations in the Middle East.

“There were two reasons that I decided to work on a history of modern Syria. First, I was deeply irritated by the tone of much of the media coverage about the outbreak of the Syrian revolution in 2011 and the country’s subsequent descent into civil war,” Neep says.

“Second, although Syria has never been far from the news in recent years, there is not one book currently available for the non-specialist general public that adequately situates the current conflict in relation to Syria’s broader historical context,” he continues.

Thus, in his work Neep works to counter commonly held views, exemplified by what he refers to as the ‘Sykes-Picot’ narrative– “that Syria is an artificial state, carved from the carcass of the Ottoman Empire by the colonial powers, which forced together disparate religious and ethnic groups with no common identity” –and present new research accessible for both academic and non-academic audiences.

“The few books out there that are accessible to non-academics tend to focus on a narrow tranche of recent history (Syria under Hafiz al-Asad, for example), present a narrowly political account of Syrian history (lots of coups and military conspiracies, for example, while neglecting patterns of social transformation or episodes of economic crisis and institutional restructuring), or else simply summarize the existing academic literature in English,” Neep says. “In contrast, my book is based on a wide array of sources in Arabic; it aims to present original research on the development of Syria’s politics, society, and economy in a way that is accessible to a general readership, while also offering new insights for academic specialists.”

Instead of a simplified history of artificial boundaries, Neep offers a more nuanced, dynamic look at the forces and people that have shaped Syria.

“My book tells a very different story about Syria. In part, it’s a story of economic inequality, social transformation, and the quest for justice,” he says, elements of a “people’s history.”

Alongside that story, Neep details “the broader forces that have shaped modern Syria.”

Emerging configurations of state power, geography, and capital, I suggest, shaped and reshaped the social and political field in which protest and contention were embedded.

Neep’s research will be supported by NEH’s Public Scholar program, which previously recognized SFS Professor Charles King. The highly competitive program, which funds approximately 8% of over 400 applications per year, is dedicated to enabling well-researched humanities projects to reach broader audiences.

“The NEH Public Scholar Program aims to break academic knowledge out of the ivory tower and bring it to a wider audience. As a scholar who works on Syria, I consider it a moral as well as an intellectual imperative to escape the strictures of media discourse about the current conflict and present intelligent, evidence-based analysis about Syrian politics and history,” Neep says. “This kind of public scholarship fulfills an important element of the School of Foreign Service’s mission to foster a national debate about international affairs that is genuinely well-informed, outward-looking, and global-minded.”

Neep will publish his book with Allen Lane Random House, and hopes to see the project published by late 2018. For more on his research, find his full interview with SFS here.