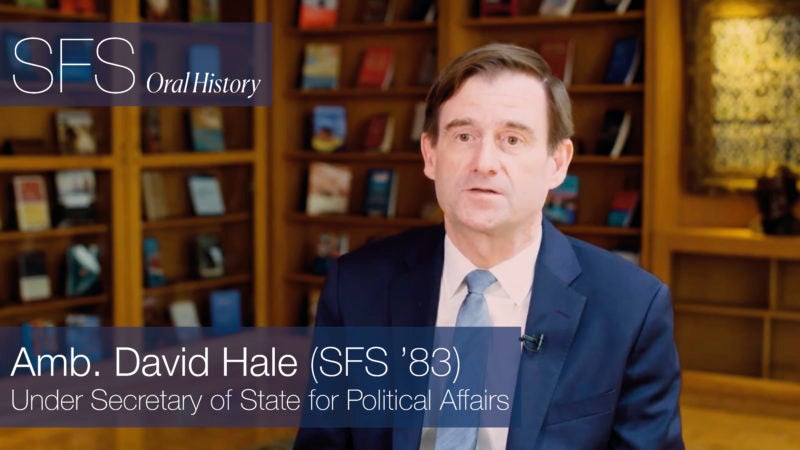 Hale would go on to work in the State Department, where he continued to work with his old professor in various capacities. As ambassador to Jordan, Hale worked with fellow Hoyas in the Jordanian government, including King Abdullah II.

“You find Georgetown alums making a difference in so many walks of life, not just high government positions, but other areas as well,” Hale says.