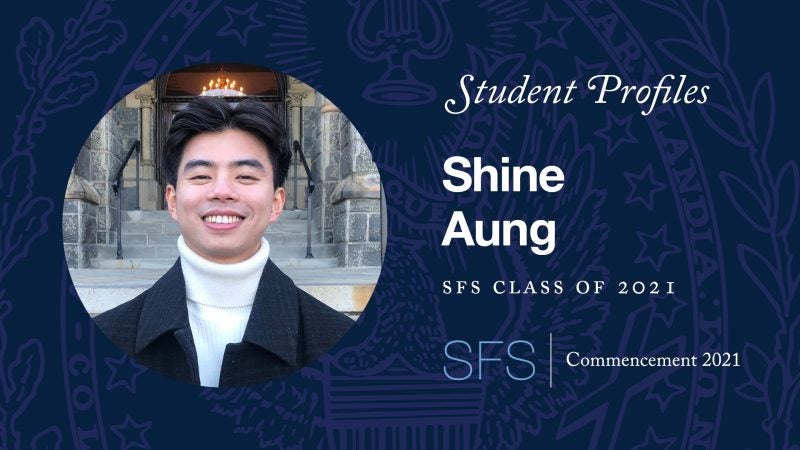 When Shine Aung arrived on the Hilltop, he knew from deep personal experience the impact that international relations can have on communities. Aung was born in Myanmar but spent some of his childhood in the Netherlands and chose to concentrate in foreign policy within his International Politics major in order to learn about how to build a better international system for everyone.

When political instability led to a military coup in his home country in February, Aung faced the most difficult months of his life, as he was unable to confirm the safety of his family and friends. Determined to make a difference, Aung started to fundraise for protective gear for protesters opposing the military regime, published an op-ed in The National Interest to raise awareness of the coup and began a podcast with fellow students that analyzed the situation on the ground. As he embarks on the next stage of his life at a time of deep uncertainty for Myanmar and the world, Aung hopes to draw upon what he learned from his time at Georgetown to create a more stable, peaceful and prosperous global future.