The School of Foreign Service is proud to welcome five new members to the SFS Board of Advisors. Alma Caballero (SFS’13, LAS’15), Brionne Dawson (SFS’02), Lulu Garcia-Navarro (SFS’94), Nick Talwar (SFS’95) and Zaid Zaid (SFS’97) will bring decades of international experience in government, development, journalism, law, business and technology when they take up their new roles in April.

The SFS Board of Advisors convenes alumni, parents and community members who are committed to supporting the school’s mission to educate the next generation of global citizens. Drawing on their expertise and leadership in the public and private sector, advisory board members share guidance and ideas to advance the future work and legacy of the school.

“We are grateful for our new board members, whose expertise and insights will undoubtedly help guide us in these early years of our second century as a school,” says SFS Dean Joel Hellman. “They represent the wide breadth of career paths that our students aspire to and they bring a rich diversity of experience and impact that serve as an example of our mission in action. I thank them for their service to the SFS community.” 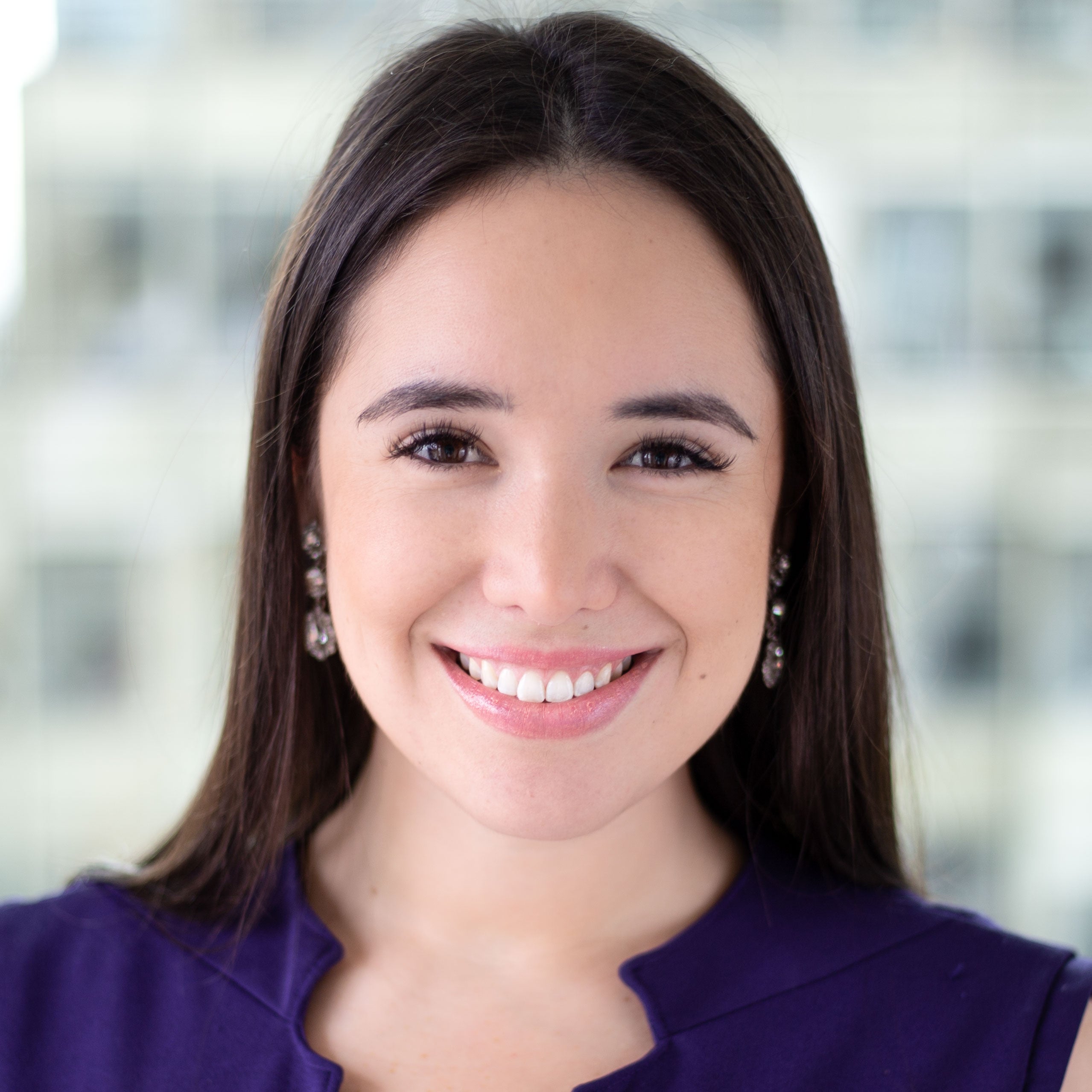 Prior to joining McLarty, Alma served as the Latin American policy advisor at Covington & Burling LLP., a leading Washington, D.C.-based global law firm, where she worked closely with the firm’s legal practices to provide risk assessment and consulting services to international clients with investments and operations in Latin America, and Latin American clients with a global presence or interest in expanding their operations overseas.

Alma was born and raised along the U.S.-Mexico border in Mexicali, Baja California, Mexico and currently serves as an advisory council member of the U.S. Mexico Foundation, a binational organization that is dedicated to fostering bilateral cooperation and understanding between the U.S. and Mexico.  Caballero also serves as the vice-chairman of the Board of Directors for love.futbol, an organization dedicated to creating first-time safe spaces for kids in the most precarious neighborhoods in the world.

During her time at Georgetown, Alma served as president of the Latin American Student Association (LASA) and president of the Georgetown Aspiring Minority Business Leaders and Entrepreneurs (GAMBLE).  While studying at the Hilltop, Alma worked at the Embassy of Mexico in Washington, Mitsubishi Corporation (Americas) and The Brookings Institution, where she contributed to several publications, including The End of Nostalgia: Mexico Confronts the Challenges of Global Competition. 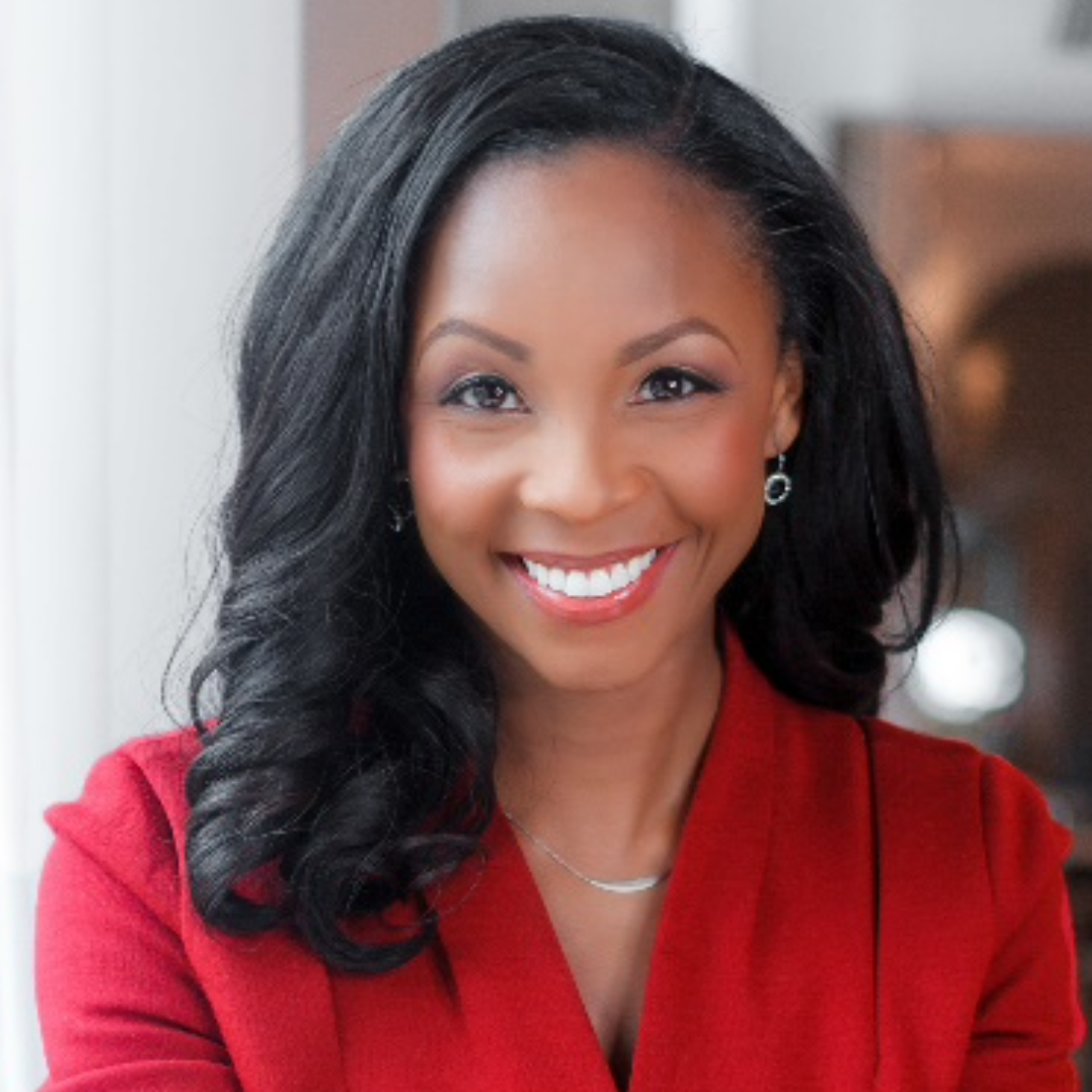 Brionne Dawson is a global public policy practitioner in Washington, D.C. with nearly two decades of experience in program management, sustainable development and international government affairs. Dawson serves as senior advisor in the U.S. Department of State in the Bureau for Economic and Business Affairs. In this capacity, she is responsible for managing a portfolio to support the Bureau’s engagements on U.S. jobs creation, enhancing economic opportunity and improving shared prosperity leveraging diplomatic and foreign assistance tools.

Dawson previously served as senior director of East and Southern Africa at the U.S. Chamber of Commerce, where she was responsible for leading strategic initiatives and advising companies of all sizes to navigate regulatory, political and operational risks in emerging and frontier markets across Sub-Saharan Africa. Dawson also served in the federal government at the U.S. Agency for International Development (USAID), and in leadership capacities at the National Democratic Institute (NDI) in Washington, D.C., and across southern Africa.

At USAID, Dawson served as a congressional liaison specialist developing and executing legislative and stakeholder outreach strategies, earning Superior and Meritorious honors for building bipartisan support on sustainable development efforts. As acting director of NDI’s regional office in South Africa, Dawson implemented foreign assistance programs to provide political leaders with skills to fight HIV/AIDS throughout southern Africa resulting in the enactment of a regional model law. Dawson also managed numerous development programs in Lesotho, Malawi, Mozambique, Namibia, Nigeria, Uganda and Zambia. Other professional assignments include the UNDP, the Center for International Policy, the National Association for Securities Professionals and international consulting. Dawson is a founding board member of the Grassroots Reconciliation Group.

Dawson is a Truman National Security Fellow, an International Career Advancement Program Fellow and is named by New America as one of 35 Black American experts in U.S. national security and foreign policy. 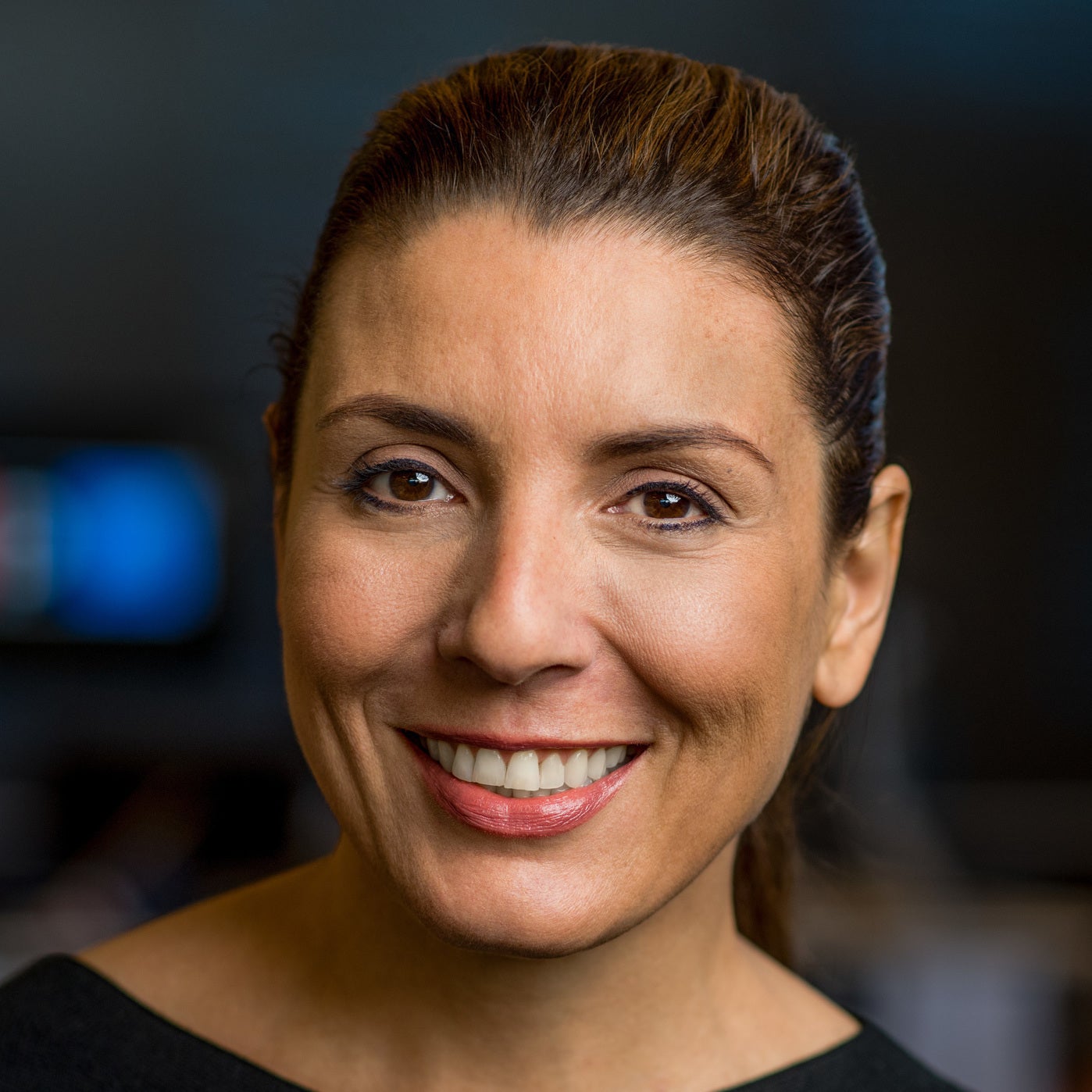 Lulu Garcia-Navarro is the host of Weekend Edition Sunday and one of the hosts of NPR‘s morning news podcast Up First. She is infamous in the IT department of NPR for losing laptops to bullets, hurricanes and bomb blasts.

Before joining the Sunday morning team, she served as an NPR correspondent based in Brazil, Israel, Mexico and Iraq. She was one of the first reporters to enter Libya after the 2011 Arab Spring uprising began and spent months painting a deep and vivid portrait of a country at war. Often at great personal risk, Garcia-Navarro captured history in the making with stunning insight, courage and humanity.

For her work covering the Arab Spring, Garcia-Navarro was awarded a 2011 George Foster Peabody Award, a Lowell Thomas Award from the Overseas Press Club, an Edward R. Murrow Award from the Corporation for Public Broadcasting and the Alliance for Women and the Media’s Gracie Award for Outstanding Individual Achievement. She contributed to NPR News reporting on Iraq, which was recognized with a 2005 Peabody Award and a 2007 Alfred I. duPont-Columbia University Silver Baton. She has also won awards for her work on migration in Mexico and the Amazon in Brazil.

Since joining Weekend Edition Sunday, Garcia-Navarro and her team have also received a Gracie for their coverage of the #MeToo movement. She’s hard at work making sure Weekend Edition brings in the voices of those who will surprise, delight and move you, wherever they might be found.

Garcia-Navarro got her start in journalism as a freelancer with the BBC World Service and Voice of America. She later became a producer for Associated Press Television News before transitioning to AP Radio. While there, Garcia-Navarro covered post-Sept. 11 events in Afghanistan and developments in Jerusalem. She was posted for the AP to Iraq before the U.S.-led invasion, where she stayed covering the conflict. 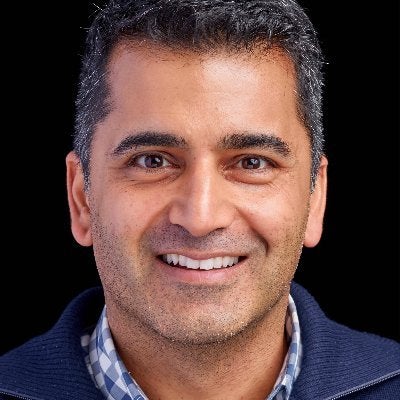 Nick Talwar is president and CEO of CircleUp, an investment platform powered by technology, on a mission to help entrepreneurs thrive. Talwar joined CircleUp in 2020 after a 25 year career as an operator and investor in the intersection of technology and financial services. CircleUp has been named one of the Top 5 Most Disruptive companies in Finance by CNBC, one of the Fintech 50 by Forbes and one of the World’s Most Innovative Companies in Data Science by Fast Company.

Prior to CircleUp, Talwar was most recently a partner at Apis Partners, a growth equity investor in emerging markets technology-focused financial services companies. As an operator and executive, Talwar has leveraged data to scale businesses. At Uber, he served as the Global Head of Vehicle Supply, a division that was responsible for providing capital to millions of individuals in over 70 countries to enable driver access to vehicles. At Amazon, he was the company executive responsible for leading the global lending business unit, leveraging Amazon’s data to serve businesses and expanded Amazon Lending across 43 states, Japan, the UK and India. Talwar also led Visa’s credit card business in North America where he most notably launched Visa Infinite, and spent several years at Citi, with his last role as Country Manager for Citibank in Sweden, a digital bank in the market.

Talwar began his professional career consulting at Bain & Company, and worked at Schwab Bank, where he was a founding director of the online bank and ran the deposits business.

Talwar has a passion for financial inclusion and the future of work for underserved communities, and has served on the boards of Accion, Shuttl, Rapido, Baobab, Payjoy and Alt.Bank. In 2013, Talwar was nominated into the Young Global Leader program of the World Economic Forum. 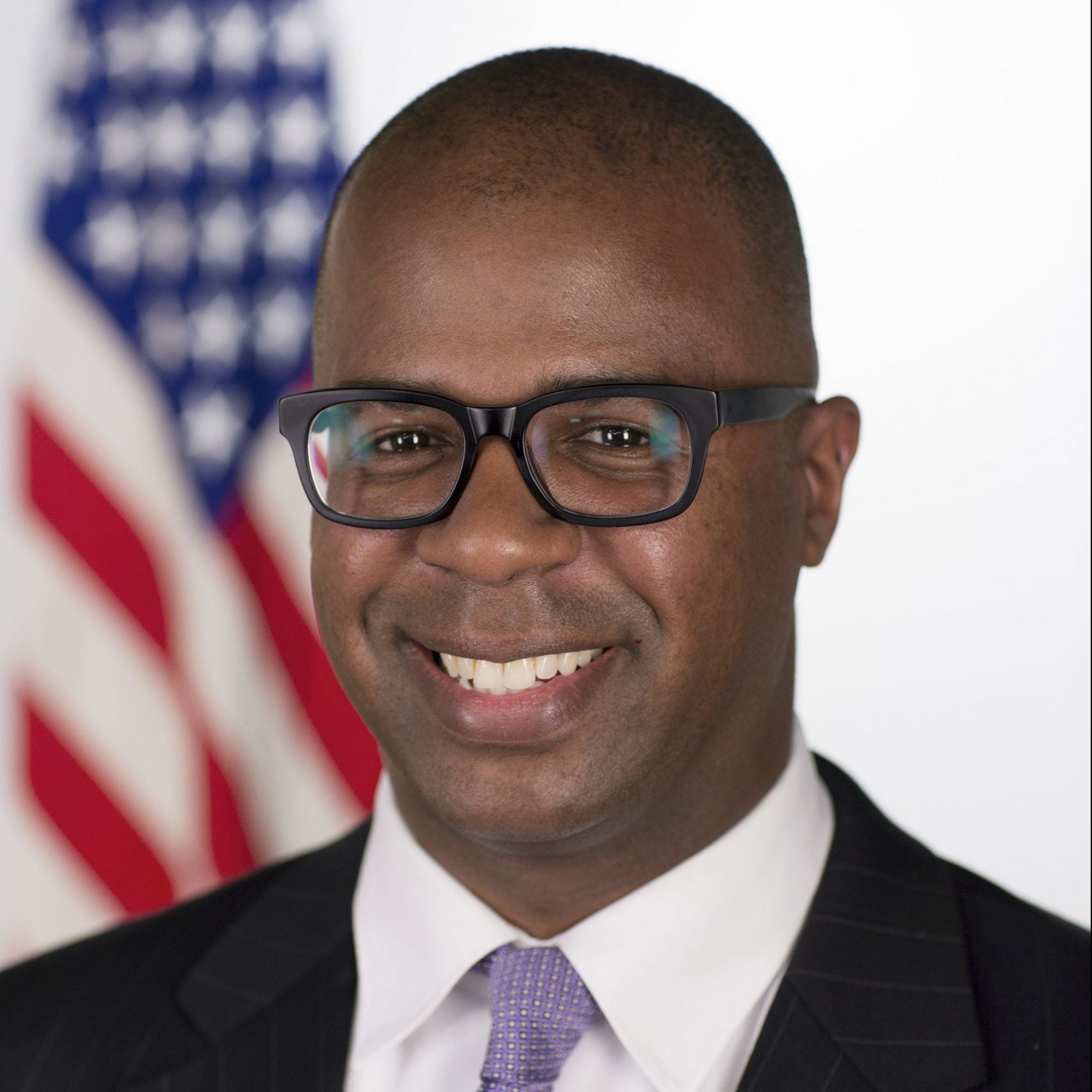 Zaid Zaid is the lead for North America, U.S. politics and U.S. elections on the strategic response policy team at Facebook, where he deals with high-profile incidents that affect the business and reputational risk of the platform. He recently served on the Biden/Harris administration agency review teams for the U.S. Department of State, USAID, Peace Corps and the Millennium Challenge Corporation. He has nearly 20 years experience in technology, policy, law, foreign affairs, national security and international development. Zaid served in the Obama Administration as special assistant to the president and associate White House counsel where he advised the president and his administration on crisis response, congressional investigations, risk management, strategy, communications and federal inter-agency coordination. Before the White House, he was the senior attorney-advisor to the general counsel at USAID, which he joined from private practice at WilmerHale after three federal clerkships.

He was also a political officer in the U.S. Foreign Service, serving at the United Nations, in Baghdad, Cairo and Tunis. Zaid is a member of the Council on Foreign Relations, a Truman National Security Project fellow, an International Career Advancement Program (ICAP) Fellow at the Aspen Institute and a non-resident senior fellow at the Center for the Study of the Presidency and Congress. He serves on the Board of Directors of iMMAP and the Board of Governors at Georgetown University Alumni Association, where he was recently the head of the Diversity and Inclusion Committee. In 2019, Zaid was a speaker at the Georgetown Black Alumni Summit, on a panel moderated by SFS Dean Joel Hellman. Zaid served on his Class Reunion Committee for his 10th, 20th and now his 25th Reunion. For almost a decade he participated in the late-Dean Andrew Steigman’s Friends of the School of Foreign Service program, and in 2002 he helped to co-found the Georgetown Club of Egypt.