The new professors will have an unusual start to their new roles as all classes and academic programming in Georgetown’s fall 2020 semester is taking place online, due the health risk posed by the COVID—19 pandemic. At a moment when the study of international affairs is particularly important, their years of pedagogical and professional experience will enrich the scholarly community at SFS and will further strengthen the school’s mission to educate a new generation of capable, diverse and creative global leaders. Prof. Xiang Ding is looking forward to joining the Georgetown community as both a scholar and a teacher. He comes to SFS with an undergraduate degree in economics from Princeton University and a Ph.D. in business economics from Harvard University. His current work explores how firms compete in the international economy and the impact of this global competition on productivity and consumer welfare.

Most recently, Ding has been interested in the U.S. manufacturing economy and its transition to a service-based economy, as well as economic disintegration between India and Pakistan after partition.

His passion for global issues stems from his international upbringing; he lived in Germany, Finland, Singapore and Hong Kong throughout his childhood. “These experiences fostered my interest in globalization and international relations from a very early age,” Ding says.

“As a college student, I was drawn to courses across history, political science, international relations and economics,” he continues. “SFS feels like home to me, given the shared interdisciplinary interests among both students and faculty.”

As he begins his first semester, Ding is excited to dive into his new role, despite the many challenges of teaching remotely during a pandemic. But he is prepared to adapt to these new circumstances to help his students flourish. He says, “I’m actively thinking of ways to accommodate student needs, incorporate flexibility and take advantage of the multi-faceted technology tools to facilitate pedagogy and student interaction.” 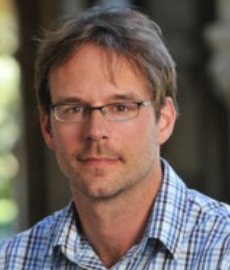 Prof. Christopher Lawrence joins SFS from the Program on Science, Technology and Society in Harvard University’s Kennedy School of Government, where he was a Visiting Research Fellow. His research focuses on arms control and disarmament and he is excited by the prospect of developing his teaching and research in the field at the Science, Technology and International Affairs (STIA) program at SFS.

“Understanding today’s complex international challenges will require the ability to deconstruct both the technical and political aspects of those challenges. Yet higher education is often geared toward instilling one or the other of those skill sets,” he explains. “The Science, Technology and International Affairs program at SFS has been ahead of the curve, combining technical and humanistic curricula in ways that better reflects real-world challenges.”

At Harvard, Lawrence researched how open-source nuclear intelligence impacts framings of public narratives about weapons of mass destruction. His most recent publication, featured in International Security, examines the lessons of the 1994 Agreed Framework between the U.S. and North Korea to make policy recommendations for proliferation crisis diplomacy, a topic he will examine in his spring 2021 senior seminar, Nuclear Proliferation Crises in Iran and North Korea.

“I’m excited to help students pursue a broad range of research topics, including open-source technical studies, analysis of the effect of sanctions on Iranian and North Korean domestic politics or the role of alliance politics in shaping the crises,” he says. 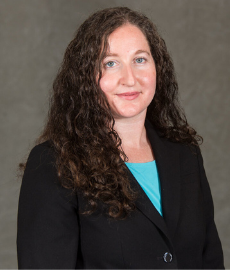 Assistant Professor of the Practice (Center for Jewish Civilization)

Prof. Meital Orr begins her new role as Assistant Professor of the Practice at the Center for Jewish Civilization (CJC) after five years of teaching CJC language and literature courses as an adjunct professor. Previously, Orr taught at Harvard and Columbia universities, where she received her Ph.D. and M.Phil degrees in Modern Jewish Literature and Hebrew Literature, respectively.

Orr teaches courses on comparative Jewish literature and culture and her most recent research is focused on women’s voices in 21st century Israeli and Palestinian literature and film. She is currently working on an article exploring the subject, which will be published in a special edition of Shofar: An Interdisciplinary Journal of Jewish Studies.

As she begins this year at Georgetown, she is looking forward to engaging with SFS students. “I am most excited about meeting curious, hard-working students who, as a result of their study at Georgetown, have a chance to change the world,” she says.

She continues, “I want to inspire them to take an active interest in Jewish Civilization so that they may begin to unravel the complexities of the Middle East Conflict and the abiding problem of global racism, as well as broaden their knowledge of Hebrew, world history, Judaism and Christianity.”

While Orr will face the difficulties of teaching online this semester, she will be aided by the academic culture at SFS, which is something that has always appealed to her about the school. “I was drawn to SFS by the faculty and student focus on ethics, diversity, academic excellence and creativity,” she says. She continues, “I believe  that all these must be brought to bear on the current challenges of solving some of the world’s most pressing social and political problems.” 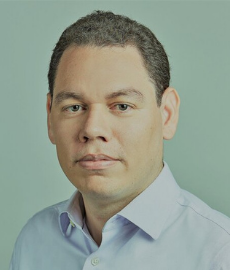 Prof. Mario R. Ramírez Basora will draw on a distinguished career in consulting in his new role at SFS. From his work as a supply chain engineer in the Dominican Republic to his most recent post as a director at PricewaterhouseCoopers in D.C., Ramírez Basora has a wealth of experience in international business.

“The main draw for me to come to Georgetown was the collaborative relationship between SFS and the McDonough School of Business in areas of teaching and research, such as global value and supply chains, that are closely aligned with my interests,” he says. He joins the B.S. in Business and Global Affairs (BSBGA) joint degree program as a faculty member and Managing Director, and cites the program as an example of this collaboration at work.

Becoming a professor has other advantages as well; Ramírez Basora is excited about having the space to pursue his scholarly ambitions at Georgetown. “Working in the private sector is fast-paced and rewarding,” he explains. “But it does not necessarily give you the time or the bandwidth to pursue a wider degree of academic interests.”

Of his new involvement with the BSBGA program, Ramírez Basora says, “My hope is that I will be a good shepherd of the program (along with the BSBGA director and the rest of the faculty involved with BGA), and be able to positively contribute to its further development and growth.”

The professor, who holds both a Ph.D. and M.A. in Economics from Cornell University, is hoping to combine his scholarly expertise with his hands-on business experience to help prepare students for a career at the intersection of business and global affairs. “I am looking forward to applying my multidisciplinary background to directly impact students’ lives and how they learn about business and the policy world,” he says. 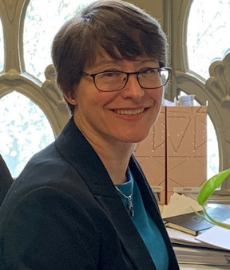 Professor of the Practice, Inaugural Chair of the Science, Technology and International Affairs concentration (Master of Science in Foreign Service program)

Prof. Theresa Sabonis-Helf is no stranger to SFS. For close to a decade, she has taught as an adjunct professor within the Science, Technology and International Affairs major, where she shared lessons from her decades of policy experience with SFS students.

“I have always been impressed with SFS students and, because of them, I kept accepting more and more Georgetown tasks, like supervising Honors Theses, or teaching a Senior Seminar,” she says. “When I heard that Georgetown was initiating a STIA concentration at the Master’s level, I was very excited by the prospect of helping design it.”

Sabonis-Helf joins Georgetown from the National War College, where she served as Professor of National Security Strategy. She is a frequent advisor to the U.S. Department of State and USAID, and has lived and worked in numerous countries in the former USSR, where she has worked on energy and resource policy issues.

Now, Sabonis-Helf will serve as the first ever Chair for the Master of Science in Foreign Service program’s Science and Technology in International Affairs concentration. In this role, Sabonis-Helf will take the lead on designing the new concentration, which seeks to provide graduate students with the tools to better understand how innovations in science and technology are shaping global society.

Starting her new position during a global pandemic has been a challenge, but one that Sabonis-Helf has taken on with enthusiasm. “Setting up a new program, learning all the players and their interests, inspiring student interest in this new thing, all of that seems a bit more challenging when I can’t build relationships in person,” she explains. “But I’m learning how to overcome that. I do have to admit that this era is one in which Science, Technology and International Affairs seems more important than ever!” 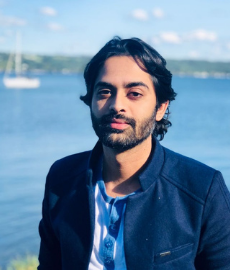 Prof. Arjun Shankar joins SFS after receiving his undergraduate degree at Columbia University and his Ph.D. from the University of Pennsylvania. Prior to his move to Georgetown, Shankar taught at Colgate University.

An anthropologist and mediamaker, Shankar’s current research focuses on racial and colonial power structures, development and urbanization, NGO labor and the politics of Indian diasporic racialization and digital media circulation.

Shankar says he was interested in the type of scholarship encouraged at SFS. “I was intrigued by the SFS because it explicitly encourages interdisciplinary and transdisciplinary research,” he says. In particular, he believes that working within the Culture and Politics major will provide him with an opportunity to make connections between fields as he seeks to understand global relationships.

“I was drawn to SFS because of its global focus, service-oriented vision and attention to the relationship between theory and practice,” he adds.

Shankar is excited to engage with students and colleagues on important issues and material on and off-campus. He was particularly impressed by the school’s global anti-racism initiative, an effort organized by SFS faculty members, and supported by students, staff and alumni, to make anti-racism a core value of the school.

“I think the SFS has an opportunity to set the benchmark for how other schools across the country organize their agendas to explicitly and forcefully fight against the global evils that plague our world,” he says.

This is a standard he has set for his own classes, too. “I hope that in my classes students begin to challenge their own worldviews and come away with a complex understanding of how power and inequality emerge historically and shape their everyday lives,” he explains.