Members of the SFS community in the UK and from across Europe came together for a Lloyd George Centennial Lecture given by U.S. Secretary of the Treasury Steven T. Mnuchin, a reception at the residence of German Ambassador to the United Kingdom Peter Wittig, and a performance of the play Remember This: The Lesson of Jan Karski.

U.S. Secretary of the Treasury Steven T. Mnuchin opened the weekend’s events with a Lloyd George Centennial Lecture on the Future of the World Order, co-sponsored by the SFS and Chatham House. In a conversation with SFS Dean Joel Hellman, Mnuchin identified technology, access to stable global energy markets, and economic growth and job creation as the primary forces reshaping the world order.

He also addressed questions about developments in U.S. trade relations with China and the U.K., acknowledging the central role that tariffs and sanctions play in the Trump administration’s trade policy. In response to an audience question about growing environmental concerns, Mnuchin explained that he believes that the international community needs to strike a balance between economic development and environmental responsibility.

SFS alumni and friends joined German Ambassador to the United Kingdom Peter Wittig (P’20) for an evening gathering at his residence. In his remarks, SFS Dean Joel Hellman thanked the guests for their continued support of the school’s mission, and The Honorable Nasser S. Judeh (SFS’83, P’18), former Jordanian Minister of Foreign Affairs, offered a toast, recalling the community he found during his own time at the SFS. Wittig told his guests, “You all testify to the global reputation, the global reach, the enormous network of this oldest and, I might say, probably most successful school of international affairs.”

On Monday, January 27, on the 75th anniversary of the liberation of Auschwitz, SFS alumni and friends gathered for a special performance of Remember This: The Lesson of Jan Karski at Queen Mary University of London (QMUL). Presented by Georgetown’s Laboratory for Global Politics and Performance and co-sponsored by SFS, Human Rights Watch, and QMUL, the play explores the life and legacy of Polish WWII hero, Holocaust witness, and beloved SFS professor Jan Karski. On a day of Holocaust commemoration, it reminded its audience to bear witness to the past and speak up in the face of human rights abuses. Directed by Georgetown Professor Derek Goldman and co-written by Goldman and Clark Young (COL’09), Remember This stars Oscar-nominated actor David Strathairn.

Iqbal was reminded of recent speeches given by European heads of state at the commemoration of the 75th anniversary of Auschwitz. Other panelists connected Karski’s message of bravery and vigilance to fights against contemporary human rights abuses, especially the genocide in Myanmar. Strathairn admitted that preparing to play a character as heroic as Karski could be intimidating. As an actor, he said, “This was a huge mountain to climb.” 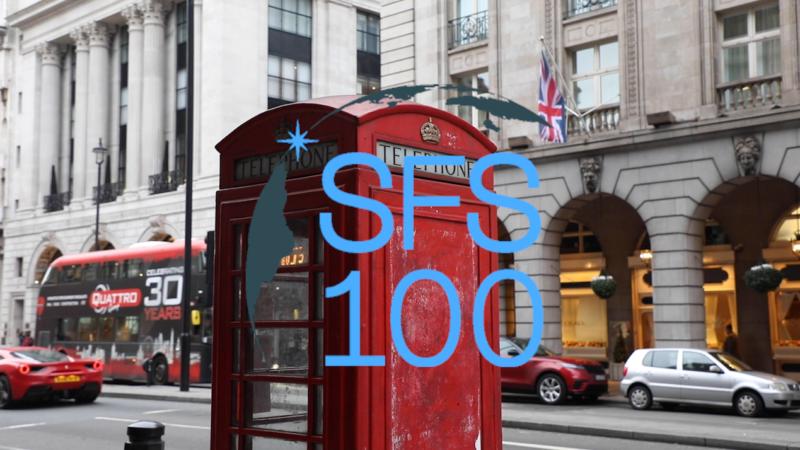