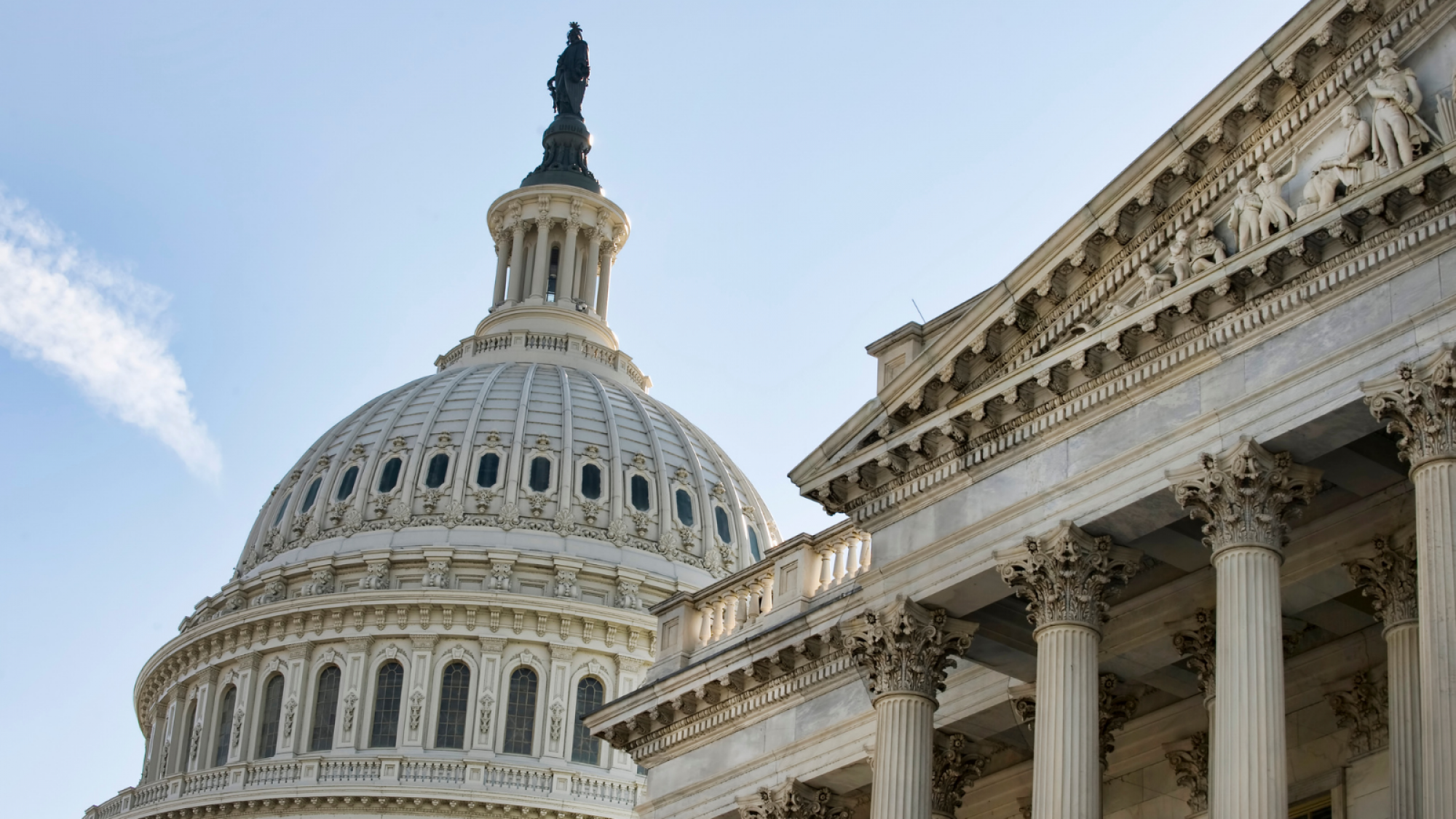 During the 2020 Election, 16 SFS alumni ran for office. In congressional and Senate races, the group included 10 incumbents seeking reelection, two challengers who sought to unseat their opponents and one political newcomer vying for an open seat in a historic election year. Three alumni ran for positions at the state level; one incumbent, one challenger and one seeking a higher office.

These graduates represented four different SFS programs and graduated across six decades. SFS alumni candidates were on the ballot across thirteen different states and the U.S. Virgin Islands. Nine Democrats and four Republicans contested 10 U.S. House races and three U.S. Senate races. Three Democrats contested a race for Lieutenant Governor, a race for state Senate and a race for a state House of Representatives. 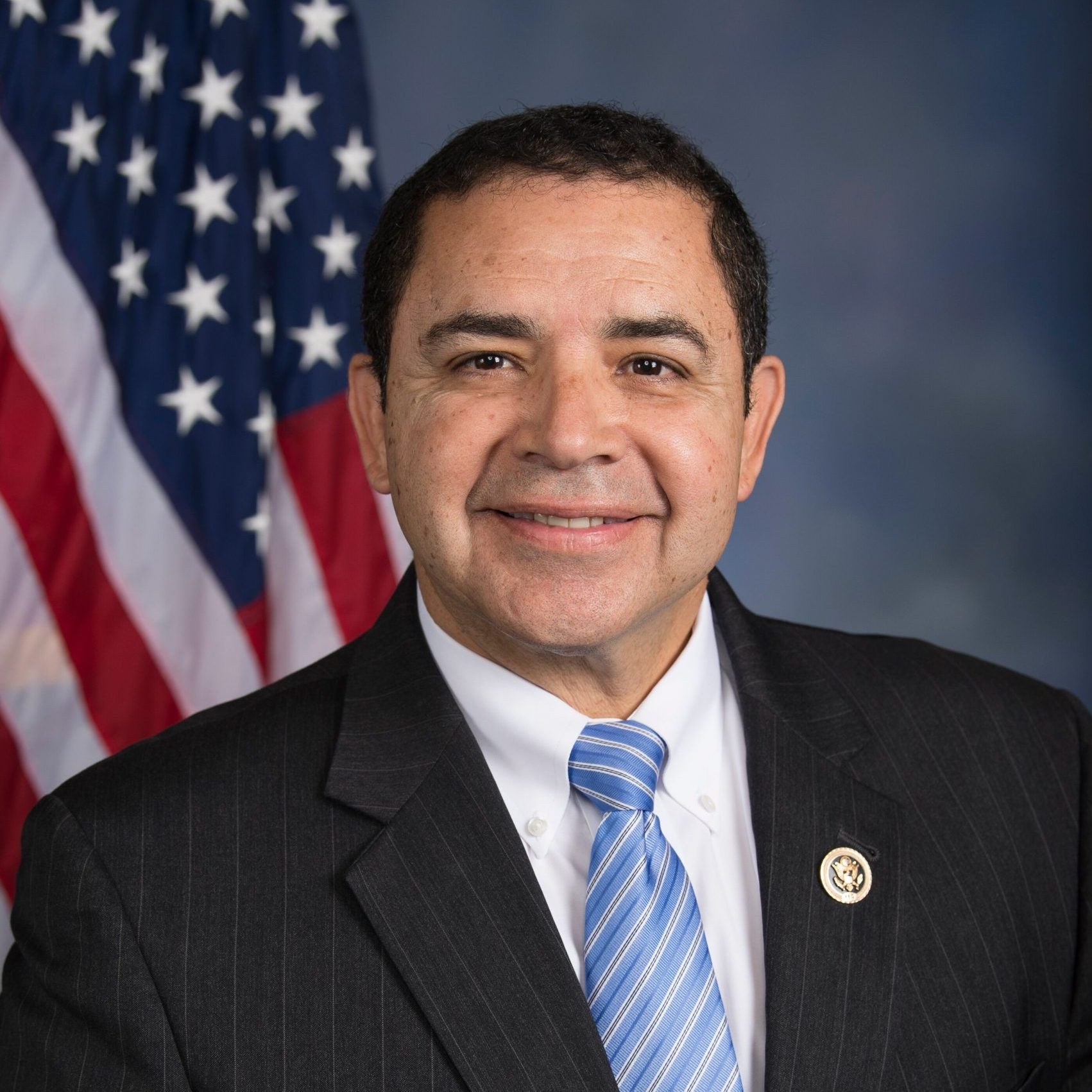 Henry Cuellar (SFS’78) was reelected to the U.S. House of Representatives in Texas’s 28th district. First elected in 2004, Cuellar is the Vice Chair of the House Appropriations Subcommittee on Homeland Security and also serves on the Defense Subcommittee and the Subcommittee on Agriculture, Rural Development, Food and Drug Administration, and Related Agencies. He was named Chief Deputy Whip for the 116th Congress. Prior to becoming a congressman, Cuellar served as Texas State Representative and Texas Secretary of State. Cuellar discussed his time at Georgetown in an SFS Alumni Oral History. Read more about Henry Cuellar here. 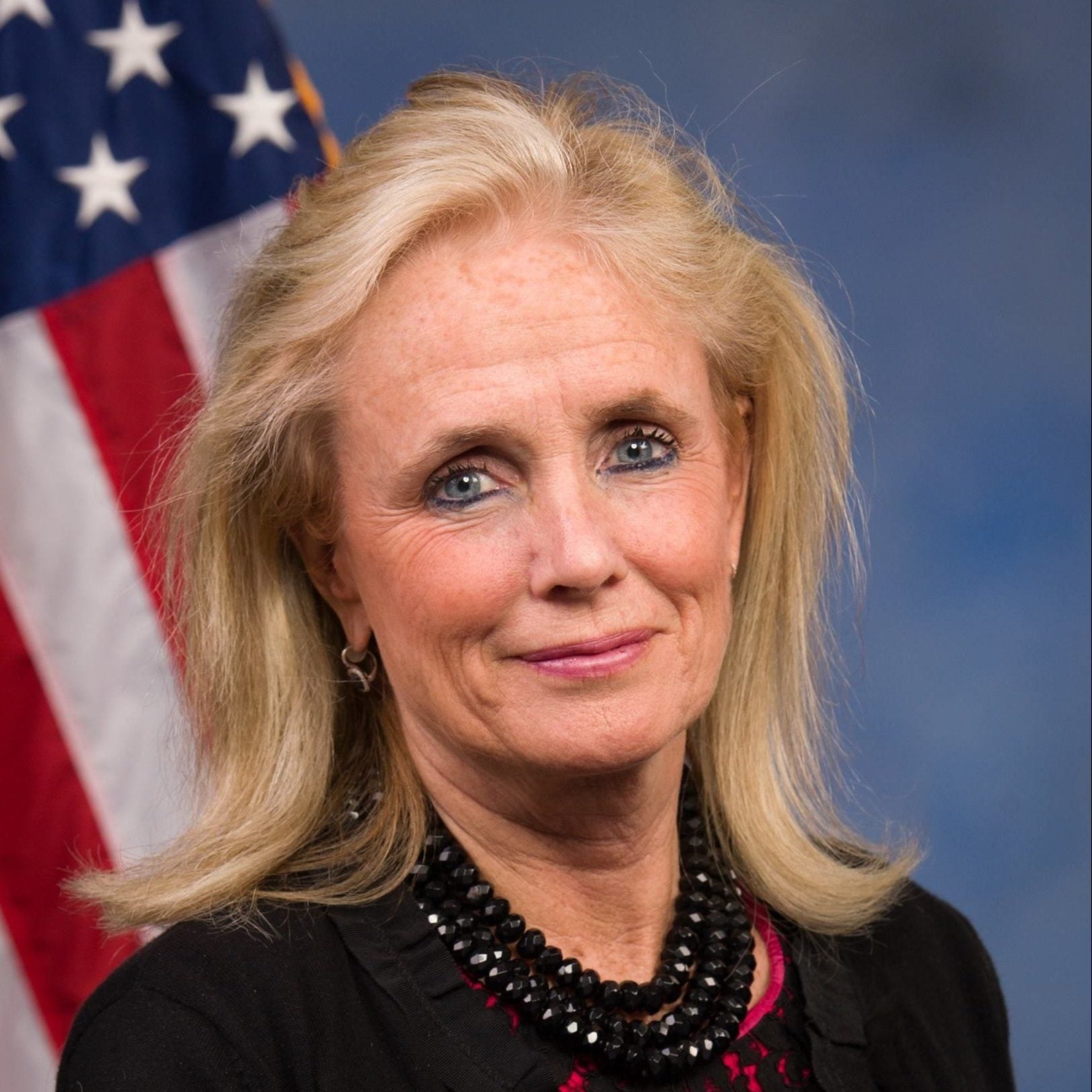 Debbie Dingell (SFS’75, S’98) was reelected to the U.S. House of Representatives in Michigan’s 12th district. Prior to her election in 2014, Dingell served as chair of the Wayne State University board of governors and was president of the General Motors Foundation as well as a senior executive responsible for public affairs at the company. Dingell is a founder and past chair of the National Women’s Health Resource Center and the Children’s Inn at the National Institutes of Health and sat on a number of boards related to women’s issues. Read more about Debbie Dingell here. 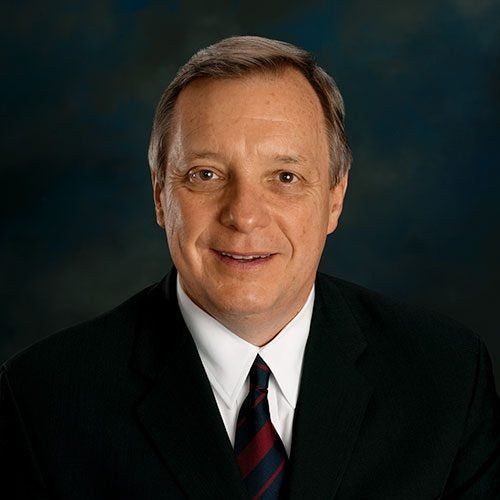 Richard Durbin (SFS’66, L’69) was reelected to the U.S. Senate representing Illinois. Durbin has served as Senator since 1996 and has been elected by colleagues to the post of Democratic Whip every two years since 2005. He sits on various committees, including: judiciary, appropriations, agriculture and rules. Durbin served as the representative for Illinois’s 20th District for 14 years prior to his Senate election. During his time in office, Durbin has been an influential voice on key issues, most prominently on bipartisan immigration reform and reducing deportations of immigrants without a criminal record. Read more about Richard Durbin here. 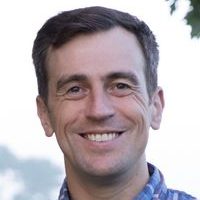 Dan Feehan (SFS’05) conceded to his opponent, Rep. Jim Hagedorn, in his race for the U.S. House of Representatives in Minnesota’s 1st district. Feehan was a Captain in the U.S. Army, including two tours as part of Operation Iraqi Freedom. Upon returning home, he began teaching in elementary and middle schools in Chicago and Indiana through Teach for America. He re-entered government as a White House Fellow to the Secretary of Defense, serving in various roles including his final position as an acting Assistant Secretary of Defense for Readiness. Feehan lost a tight race in the same district in the 2018 midterm elections. Read more about Dan Feehan here. 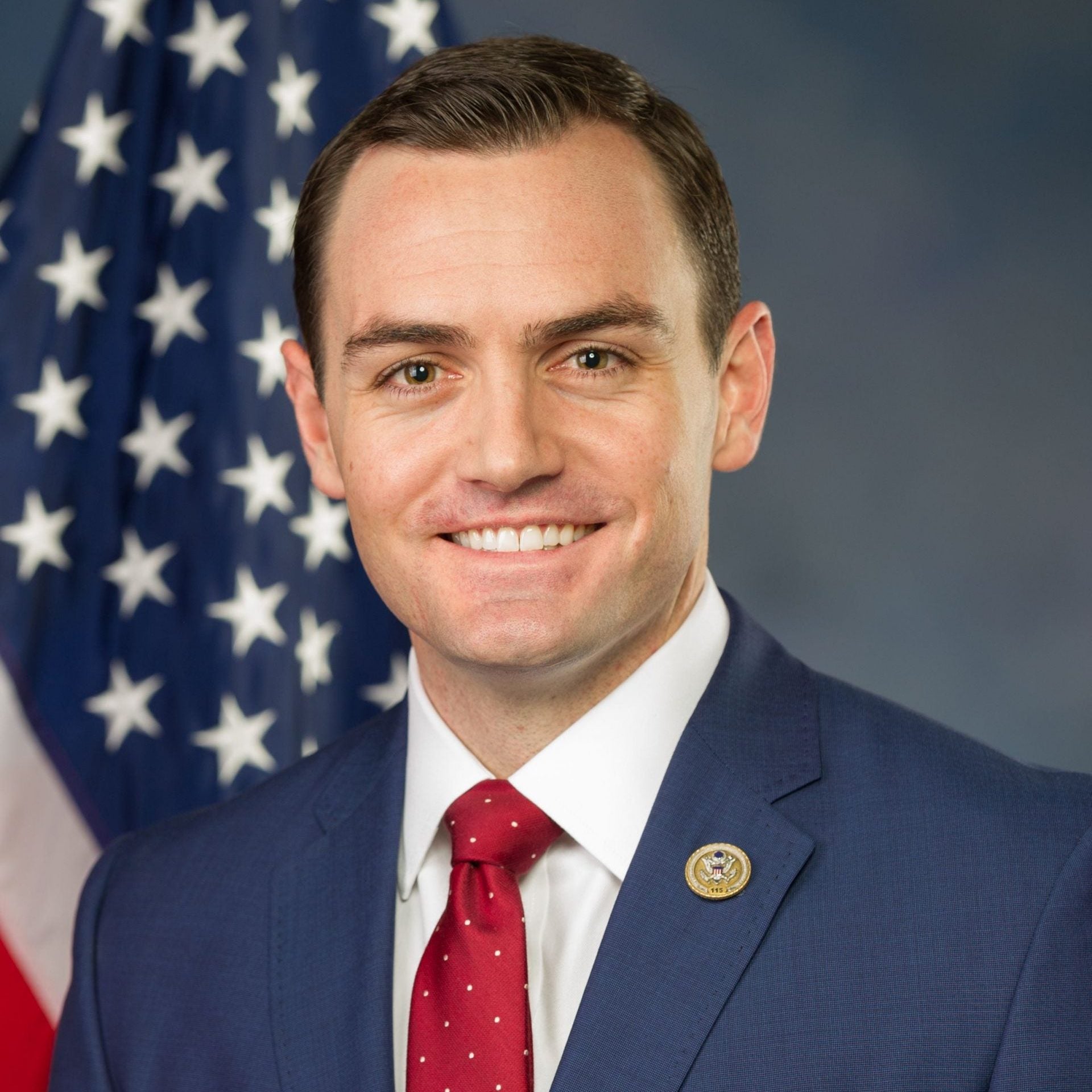 Mike Gallagher (SSP’12) was reelected to the U.S. House of Representatives in Wisconsin’s 8th district. Prior to his election in 2016, the Security Studies Program graduate spent seven years on active duty with the U.S. Marine Corps, attaining the rank of Captain. He worked in the intelligence community for three years and as a lead Republican staffer on the Senate Foreign Relations Committee before going into the private sector. Gallagher sits on two House committees: armed services and transportation and infrastructure. Read more about Mike Gallagher here. 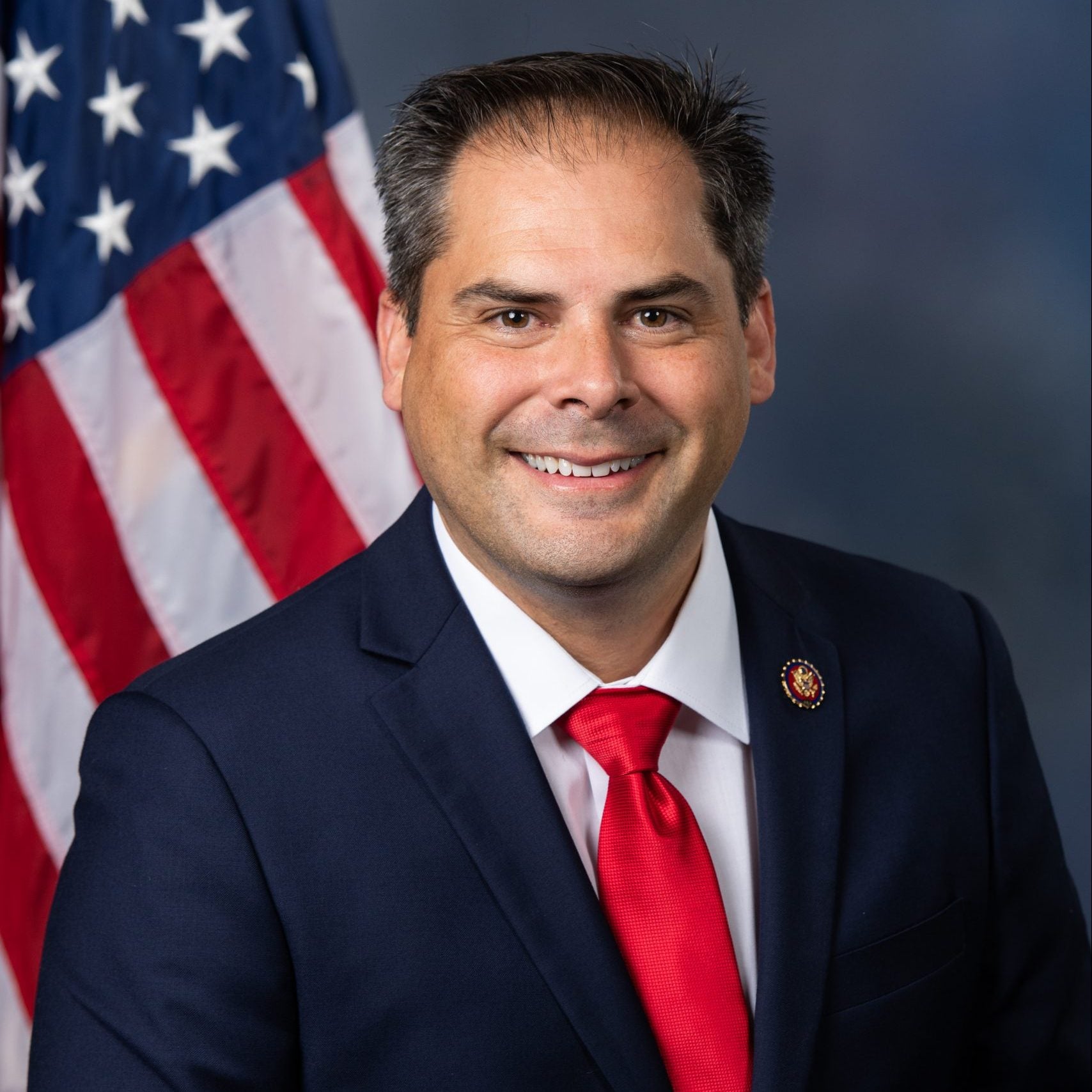 Mike Garcia (SSP’98) was reelected to the U.S. House of Representatives in California’s 25th district by a slim margin of 333 votes. Garcia was first elected to the House in a special election in 2020. In his nearly 20 years in the U.S. military, Garcia served as a highly-decorated fighter pilot and U.S. Naval Officer and flew combat missions during Operation Iraqi Freedom. For the past 10 years, Garcia has been an executive at defense contractor Raytheon. Read more about Mike Garcia here. 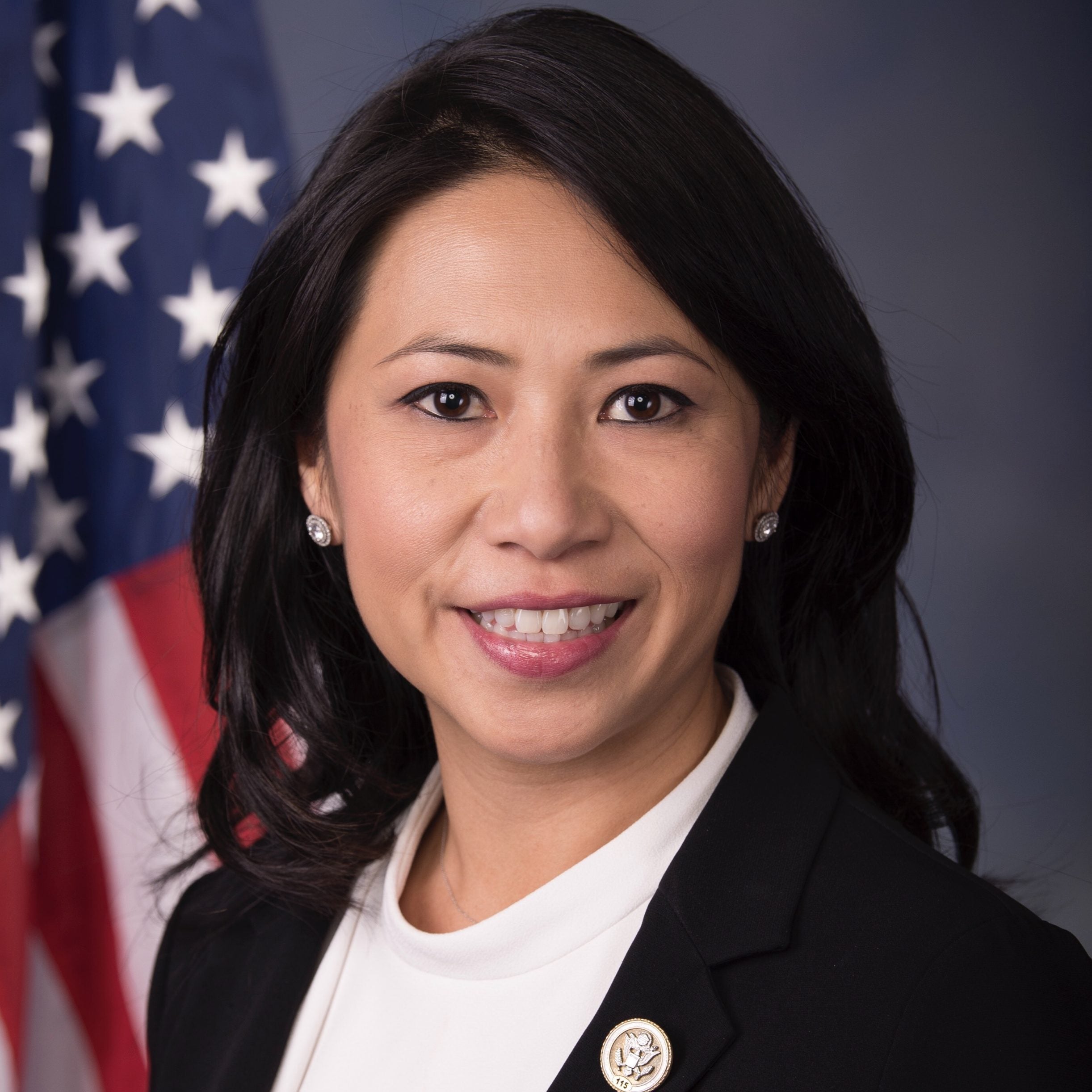 Stephanie Murphy (MSFS’04) was reelected to the U.S. House of Representatives in Florida’s 7th district. She became the first Vietnamese-American woman to serve in the House upon her election in 2016. Murphy’s previous government service was as a national security specialist in the Office of the U.S. Secretary of Defense, for which she received numerous service awards, including the Secretary of Defense Medal for Exceptional Civilian Service. Prior to running for office, she was a businesswoman and college instructor. Read more about Stephanie Murphy here. 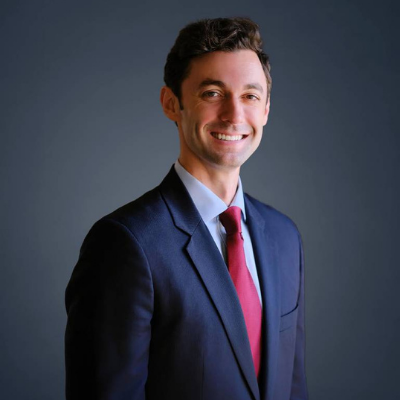 In a close race for the Georgia Senate seat currently occupied by Sen. David Perdue, neither Jon Ossoff (SFS’09) nor the incumbent achieved 50% of the vote. The two will now face off in a runoff election in January 2021. Ossoff has served as CEO of London-based investigative journalism firm Insight TWI since 2013 and covered war crimes and corruption cases, among other stories, for international news outlets. Prior to his career in the media industry, Ossoff worked for Georgia congressman Hank Johnson as a national security aide. Read more about Jon Ossoff here. 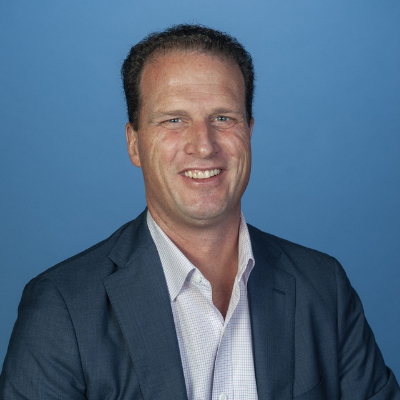 Colonel August Pfluger (IBP’19) was elected to the U.S. House of Representatives in Texas’s 11th District, taking the seat of retired Representative Mike Conaway. Pfluger, who earned a Master of Arts in International Business and Policy (a program offered jointly by SFS and the McDonough School of Business), was previously an Air Force pilot, flying combat missions over Iraq and Syria, and served in the Pentagon and NATO Command. He continues to serve in the Air Force Reserves, where he holds the rank of Colonel. In 2019, Pfluger joined the National Security Council as an advisor to President Trump. Read more about August Pfluger here. 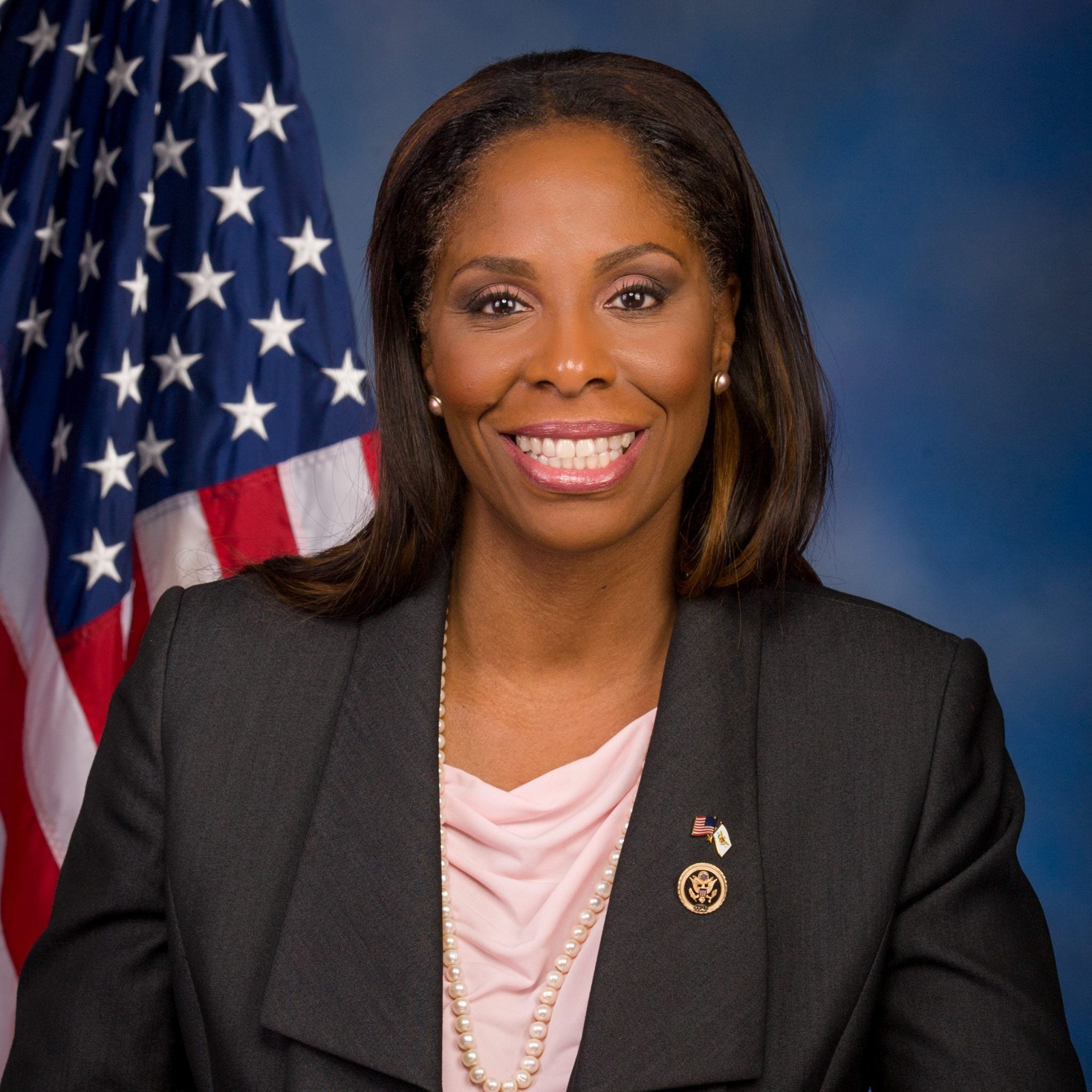 Stacey Plaskett (SFS’88) was reelected to the U.S. House of Representatives in the U.S. Virgin Islands’s at-large district. First elected in 2014, she serves on three committees, including: transportation and infrastructure; oversight and reform; and agriculture. Previously, Plaskett was assistant district attorney in the Bronx, senior counsel at the Department of Justice and general counsel for the Virgin Islands Economic Development Authority. Read more about Stacey Plaskett here. 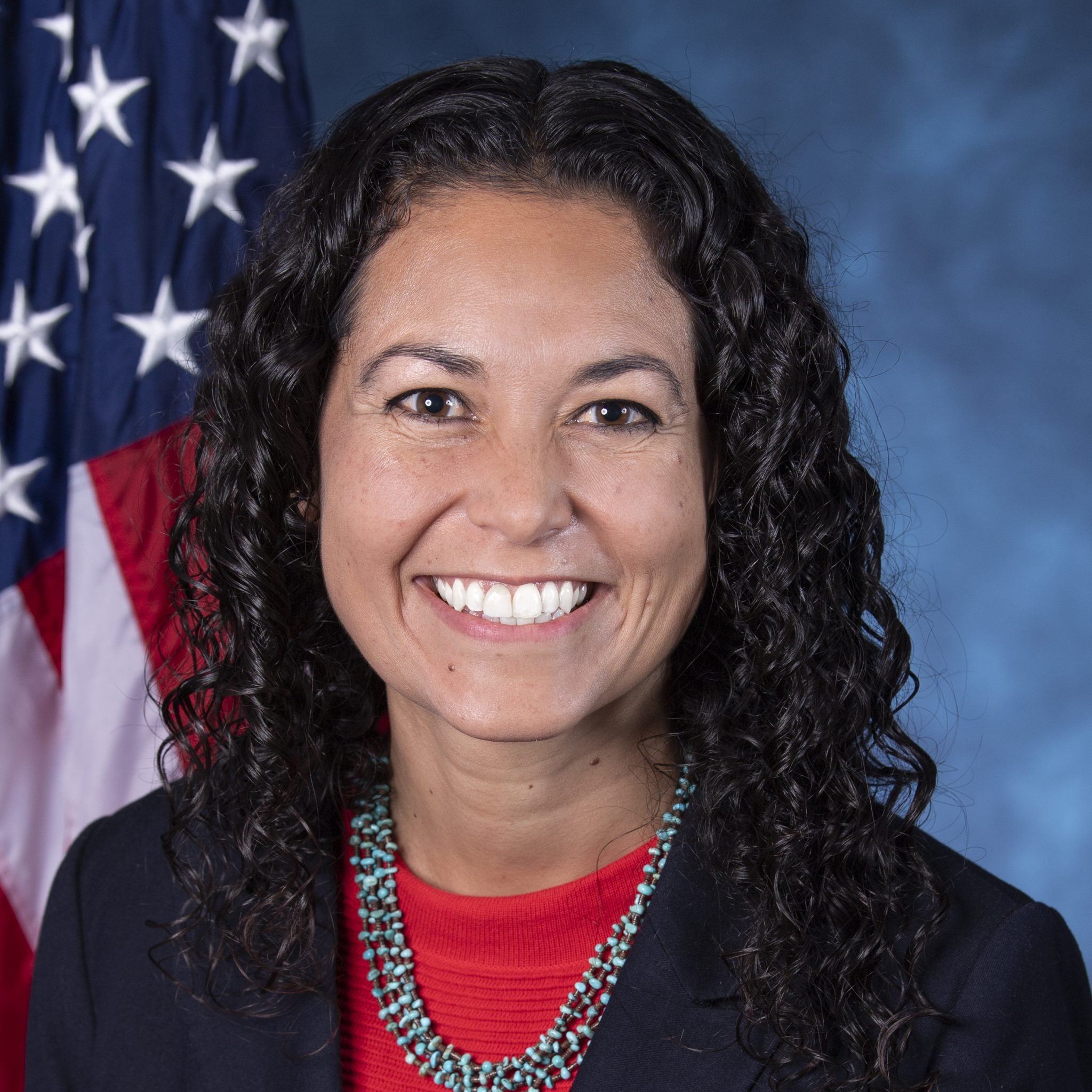 Xochitl Torres Small (SFS’07) lost her bid for reelection to the U.S. House of Representatives in New Mexico’s 2nd district. First elected in 2018, she is an attorney and previously worked as a law clerk for the Federal District Court in New Mexico, and as Field Representative for Senator Tom Udall from New Mexico. She works on numerous environmental issues in New Mexico, having worked as an attorney specializing in water and environmental law.  Read more about Xochitl Torres Small here. 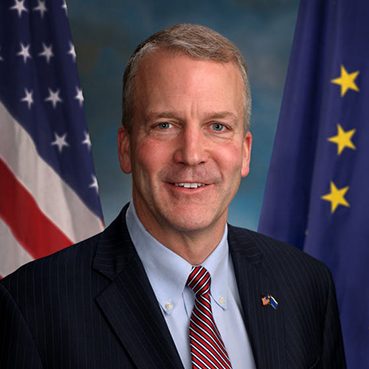 Dan Sullivan (MSFS’93, L’93) was reelected to the U.S. Senate in Alaska. Sullivan has been U.S. Senator for Alaska since 2015, serving on four committees: commerce, science and transportation; armed services; environment and public works; and veterans’ affairs. Prior to his career in politics, Sullivan served in a variety of active and reserve positions in the U.S. Marine Corps and is a colonel in the U.S. Marine Corps Reserves. The Master of Science in Foreign Service graduate also served as U.S. Assistant Secretary of State for Economic, Energy and Business under Secretary of State Condoleezza Rice. Read more about Dan Sullivan here. 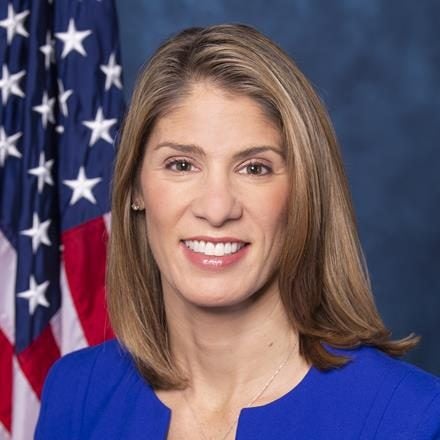 Lori Trahan (SFS’95) was reelected to the U.S. House of Representatives in Massachusetts’s 3rd district. Trahan was first elected in 2018 and serves on the education and labor and armed services committees. The first Portuguese-American woman elected to Congress, she began her public service as a staffer with congressman Marty Meehan, eventually rising to chief of staff. Trahan went on to work at a tech company and co-founded a woman-owned and operated consulting firm. Read more about Lori Trahan here. 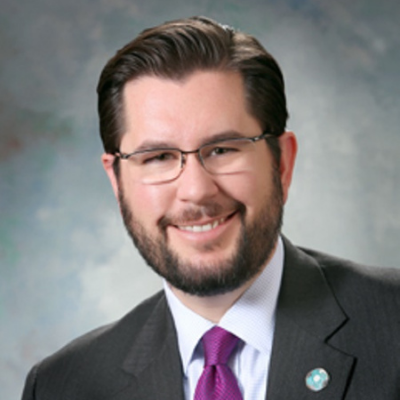 Brian Egolf (SFS’99) was reelected to the New Mexico House of Representatives in District 47. First elected in 2009, Egolf has worked toward equal pay for women in the state and the creation of a statewide independent ethics commission. Egolf has served as Speaker of the New Mexico House since 2017. As Speaker, he led the effort to win a Democratic majority in the House in 2016. Previously, Egolf was a private practice attorney and helped efforts to legalize gay marriage through the New Mexico Supreme Court. Read more about Brian Egolf here. 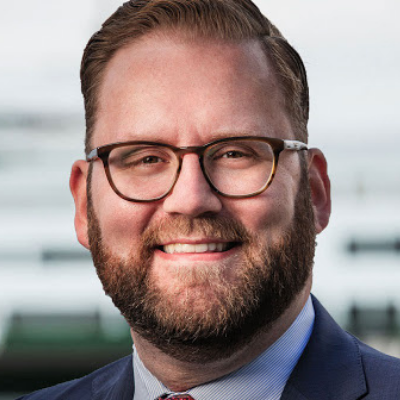 Marko Liias (SFS’03) lost his race for Lieutenant Governor of Washington State. A member of the State Senate for the 21st District and former member of the state House in the same district, Liias entered politics at the age of 24 as a city councilman in Mukilteo, Washington. As Senator, Liias was the primary sponsor of legislation authorizing Sound Transit 3, the largest expansion of mass transit in state history. Prior to his political career, Liias worked as a researcher for local TV station KING-5 and as freelance reporter for the Mukilteo Beacon. He also interned for Rep. Jay Inslee of Washington and Rep. Eliot Engel of New York. Read more about Marko Liias here. 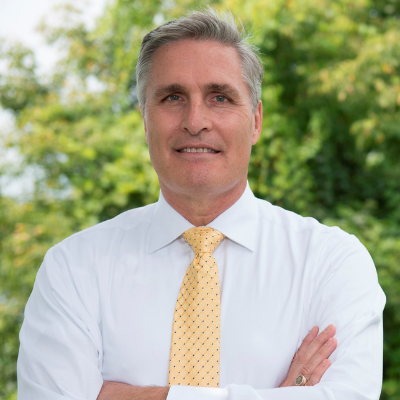 Lieutenant Colonel George Scott (SFS’84) lost the race for state Senate in Pennsylvania’s 15th District. After graduating from SFS, Scott served in the U.S. Army for two decades. During his service, Scott was deployed to numerous operations, including to the demilitarized zone in South Korea and to the Persian Gulf for Operation Desert Shield and Operation Desert Storm. In 2001, Scott was deployed to Kuwait as part of Operation Enduring Freedom and, in 2002, became the battalion commander of the 229th Military Intelligence Battalion. After his military career, Scott joined the CIA as a staff operations officer in the Agency’s Middle East Division. In 2009, he returned to South Central Pennsylvania to serve as a pastor. Read more about George Scott here.