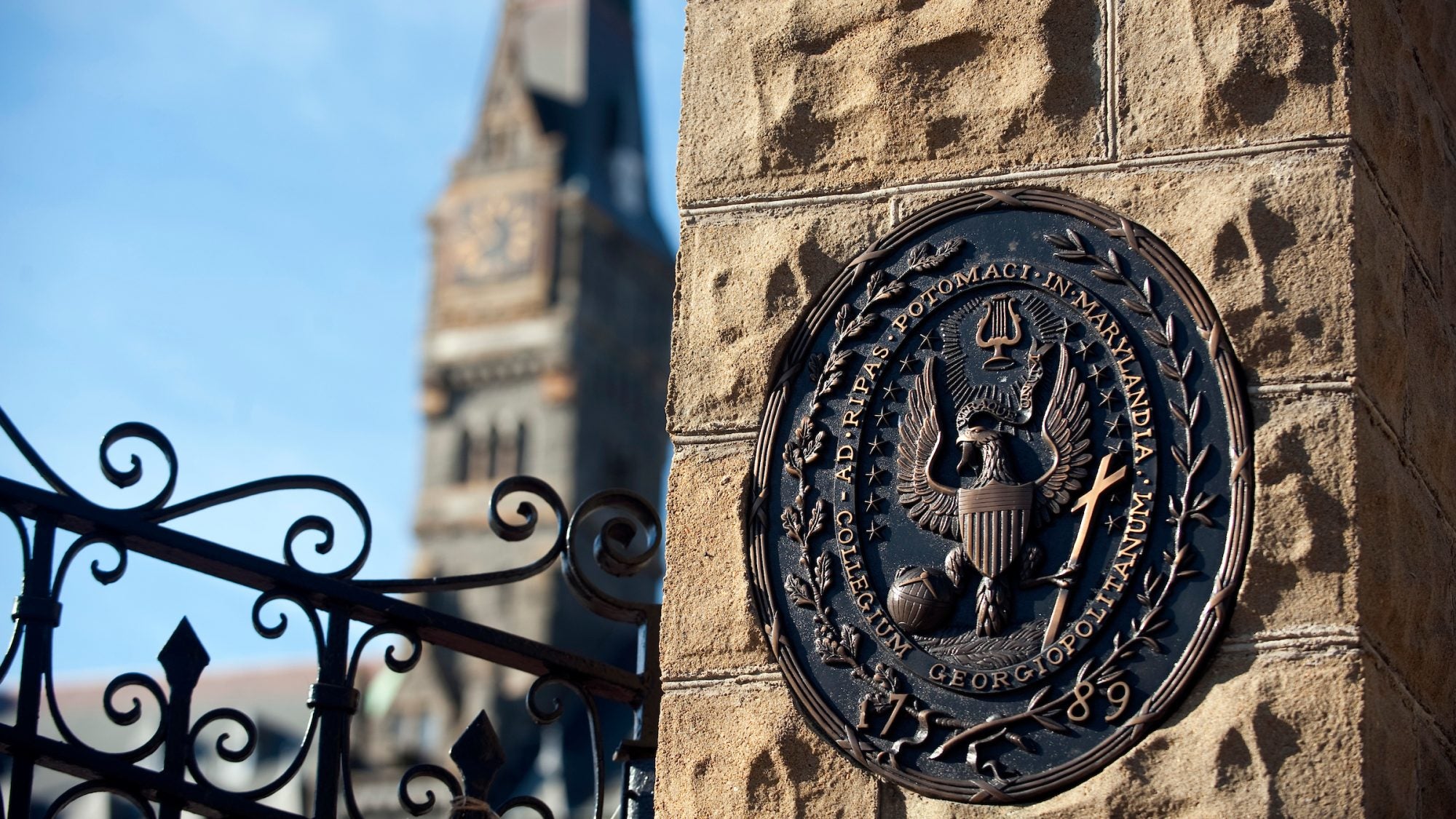 Faculty expertise and experience are at the core of an SFS education in international affairs. After a tumultuous and formative year, both for universities and for the field of international affairs writ large, we celebrate those faculty members retiring after long careers of service to our community.

From government and history to business and regional specialties, the retiring professors brought decades of academic research and professional know-how to their roles, and mentored generations of students to be global citizens and leaders.

“This group of faculty has made an extraordinary contribution to our school and their fields of study over many decades of service. I want to wish them well and offer my sincere gratitude for their dedication to our students,” Dean Joel Hellman said. 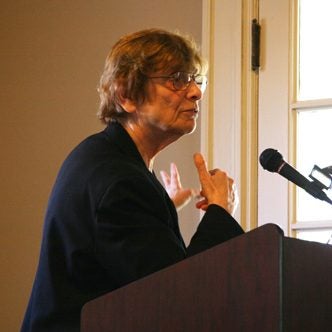 Dr. Yvonne Haddad was professor of the history of Islam and Christian-Muslim Relations at Georgetown University. She has conducted research on twentieth century Islamic thought in Egypt, Jordan, Kuwait, Morocco and Tunisia and traveled extensively throughout the Muslim world. She served as the president of the Middle East Studies Association and the American Academy of Religion, New England Region, as well as the vice president of Arab-American University Graduates. She is the recipient of a Fulbright Senior Research Fellowship, a Distinguished Research Fellowship from the Helsinki Collegium for Advance Studies, The National Endowment for the Humanities Fellowship and a Carnegie Research Fellowship. She is a member of the Council on Foreign Relations.

Haddad’s publications include Contemporary Islam and the Challenge of History (SUNY Press, 1982) and Becoming American: The Forging of Arab and Muslim Identity in Pluralist America (Baylor University Press, 2012), as well as numerous other co-authored and edited works. Her research interests include Muslims in the West, twentieth century Islamic thought, Islamic revolutionary movements, contemporary Qur’anic interpretation, women in Islam and Middle Eastern Christians in the modern world. 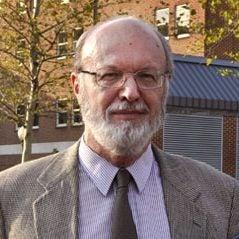 Kline is the author of five books, including a textbook on the global political economy, as well as numerous scholarly articles and chapters in co-authored and edited books. He was a visiting scholar at Fudan University in Shanghai, China, at the Dr. Seaker Chan Center for Comparative Political Development Studies. Prior to joining the Georgetown faculty, Kline was director of international economic policy at the National Association of Manufacturers.

He serves as a consultant to various international organizations and private multinational corporations. Recent projects include the development of a method governments can use to evaluate foreign direct investment proposals on sustainable economic, environmental, social and governance criteria, as well as an analysis of policy challenges raised by issues of defining and determining the corporate nationality of global enterprises. 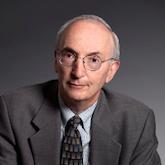 Dr. Robert J. Lieber was professor of government and international affairs at Georgetown University, where he served as chair of the Government Department and interim chair of the Psychology Department. He is the author or editor of seventeen books on international relations and U.S. foreign policy and has been an advisor to presidential campaigns, to the U.S. Department of State and to the drafters of U.S. National Intelligence Estimates.

Lieber held fellowships from the Guggenheim, Rockefeller and Ford Foundations and was the recipient of Georgetown University’s Career Research Achievement Award and the Hepburn-Shibusawa Distinguished Senior Lectureship at the University of Tokyo. 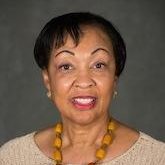 Dr. Gwendolyn Mikell was professor of anthropology and foreign service at Georgetown University, where she has taught since 1976. She previously served as director of the African Studies Program in SFS from 1996 to 2007, a program which she helped develop from 1982, and she was chair of the Department of Sociology and Anthropology from 1992 to 1995.

As a political and economic anthropologist, Mikell’s research interests are in African political and economic transitions, democratization and peace, African feminism and the political and religious dynamics of African women’s organizations. She has worked on issues relating to Ghana and Nigeria for many years, including through the U.S. Department of State’s ‘Dialogue on Islam in Nigeria,’ and through all U.S. election observation missions since the 1990s. Mikell has published numerous articles and two books on her research interests, as well as a forthcoming book project about Kofi Annan’s initiatives in Africa. 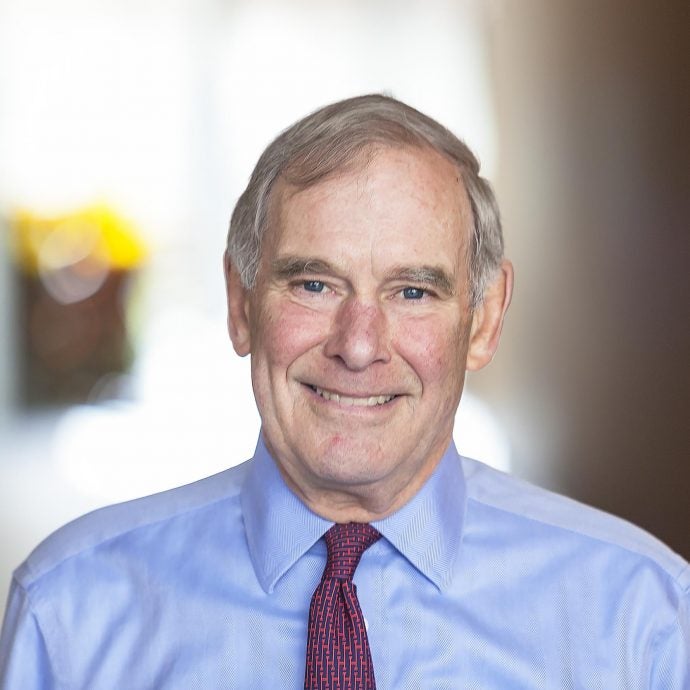 Dr. Theodore H. Moran held the Marcus Wallenberg chair in international business and finance at SFS, where he taught and conducted research at the intersection of international economics, business, foreign affairs and public policy. Dr. Moran founded the Landegger Program in International Business Diplomacy, serving as its director and providing courses on international business-government relations and negotiations to some 600 undergraduate and graduate students each year. He was director of the Wallenberg International Fellows Program in conjunction with the Stockholm School of Economics and served as director of the SFS Global Business Major.

His most recent books cover national security dilemmas, global supply chains, international trade, policy and investment and much more. In 1993, Moran served as senior advisor for economics on the policy planning staff of the U.S. Department of State, where he had responsibility for trade, finance, technology, energy and environmental issues. He returned to Georgetown after the NAFTA and Uruguay Round negotiations.

Moran is a consultant to the United Nations, to various governments in Asia and Latin America and to the international business and financial communities. He is also a non-resident senior fellow at the Peterson Institute for International Economics and at the Center for Global Development. 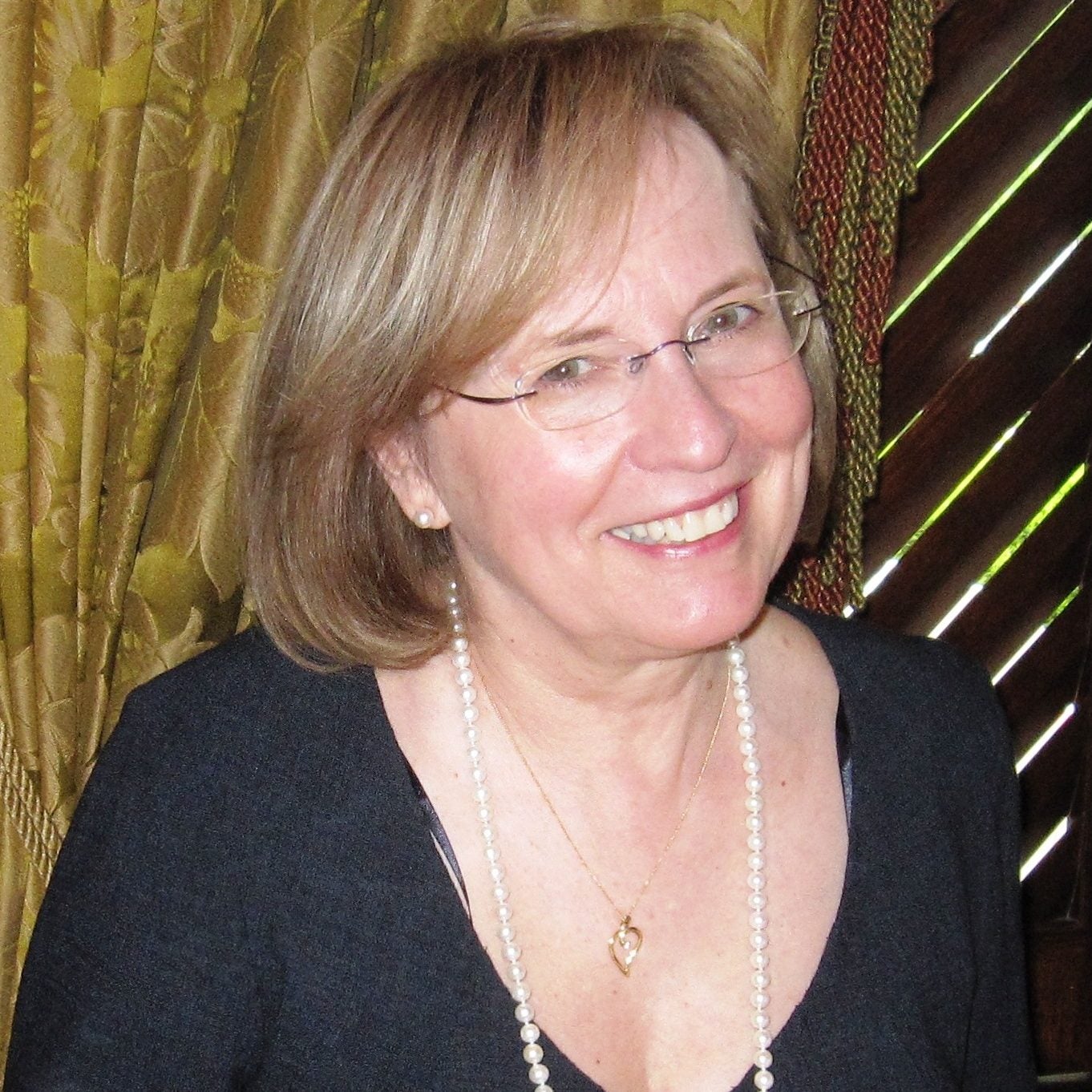 In 2019, Olesko was the first woman elected as chair of the Main Campus Executive Faculty, the faculty governance body advisory to the provost of Georgetown’s Main Campus. Active in university governance throughout her career, she held several administrative positions at Georgetown University, including as director of the Science and Technology in International Affairs program and founding co-director of the Center for the Environment. She was editor of Osiris and of Isis, the two major American journals for the history of science. 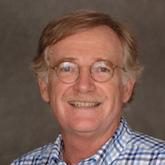 Dr. David S. Painter taught international history at Georgetown University and was director of graduate studies in the History Department. He was the founding director of the Master of Arts in Global, Comparative and International History program. 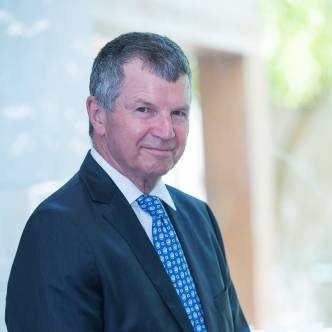 Dr. James Reardon-Anderson was most recently professor of history in the School of Foreign Service in Qatar and served as a member of Georgetown University’s faculty from 1985. Reardon-Anderson was the founding dean of the University’s campus in Qatar, overseeing its establishment from 2005 to 2009 and subsequently returning for a second term from 2016 to 2017. He transitioned to the faculty in the fall 2017 semester.

Reardon-Anderson held numerous positions at SFS in Washington, D.C., including as interim dean, senior associate dean and director of the Master of Science in Foreign Service program. A specialist in modern Chinese history, he is the author of five books on China and most recently edited a collection of essays about China and the Middle East. 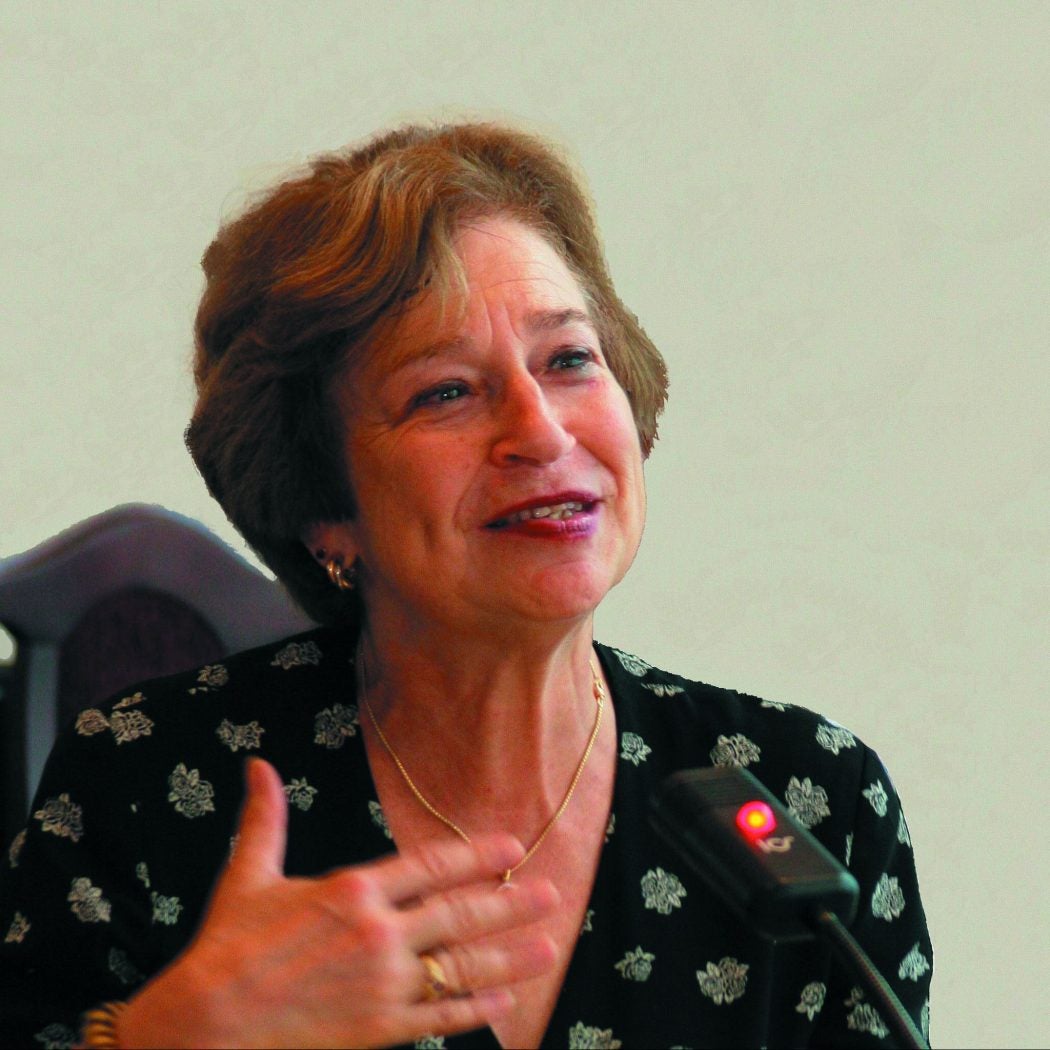 Dr. Angela Stent was director of the Center for Eurasian, Russian and East European Studies and professor of government and foreign service at Georgetown University. Stent’s academic work focuses on the triangular political and economic relationship between the United Sates, Russia and Europe, and she has published extensively and to great acclaim on post-Soviet unification, political economy Europe, contemporary Russian foreign policy and more.

From 2004-2006 she served as national intelligence officer for Russia and Eurasia at the National Intelligence Council. From 1999 to 2001, she served in the Office of Policy Planning at the U.S. Department of State.

She is also a non-resident senior fellow at the Brookings Institution and co-chairs its Hewett Forum on Post-Soviet Affairs. During the academic year 2015-2016, she was a fellow at the Transatlantic Academy of the German Marshall Fund. She has served on the World Economic Forum’s Global Agenda Council for Russia and Central Asia. She is a trustee of the Eurasia Foundation and of Supporters of Civil Society in Russia. She is a member of the senior advisory panel for NATO’s Supreme Allied Commander in Europe and a member of the Council on Foreign Relations.