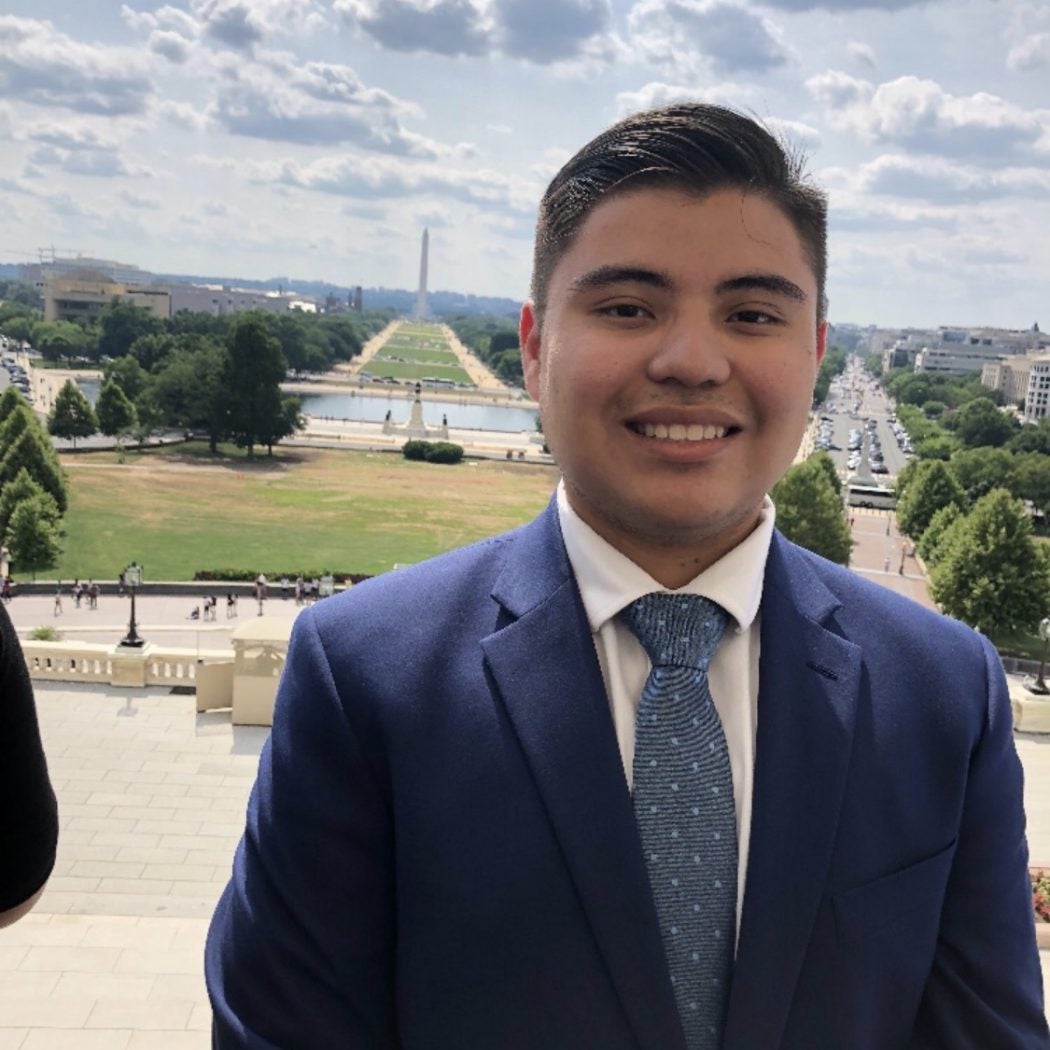 Julio Perla is a third-year undergraduate student in the School of Foreign Service, studying International Politics with a concentration in International Law, Institutions, and Ethics; additionally, he is pursuing minors in Latin American Studies and French & Francophone Studies. Julio is originally from El Salvador, where he lived for eight years. He now resides permanently with his family in Washington, D.C., where he holds dual citizenship from both countries. At Georgetown, Julio fulfills his passion for public service through his advocacy as an elected student representative in Georgetown’s Undergraduate Student Government (GUSA) and as a Student Ambassador in the Latin American Student Association. In GUSA, Julio has promoted respect for cultural and political diversity, as well as an appreciation for global citizenship as the founder and inaugural Chairman of the International Student Affairs Committee. Julio is passionate about the United States’ role in promoting democracy and human rights across the globe. He currently serves as a Human Rights Analyst at U.S. Embassy San Salvador through the Virtual Student Federal Service Program. Julio hopes to dedicate his life to his country’s service and the peoples of the world as a U.S. Foreign Service Officer.