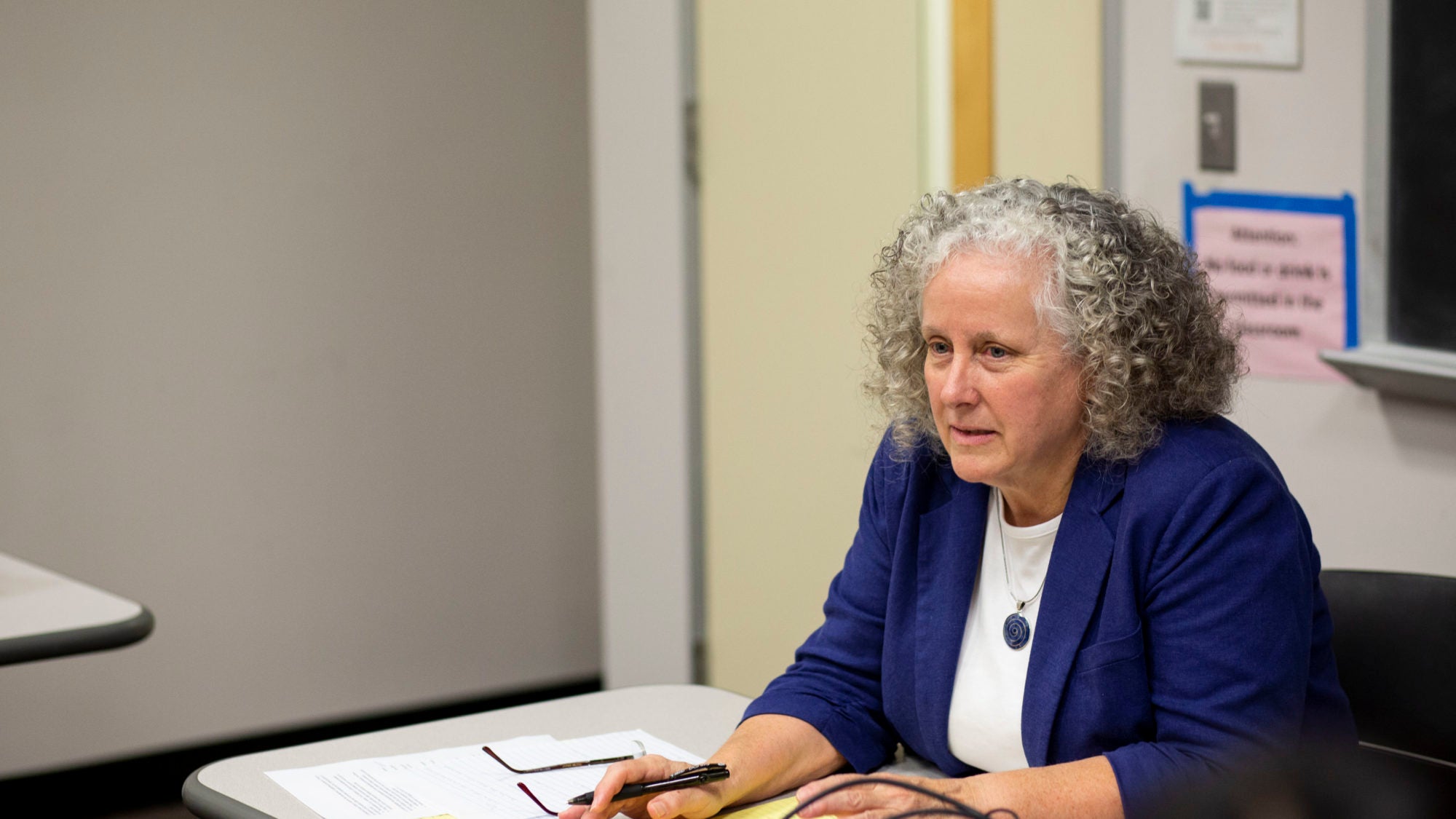 Female professors arrived at the first SFS Faculty Council meeting of the year dressed in white and ready to celebrate a historic moment. It was the first-ever faculty meeting to be chaired by a woman: Professor Carol Benedict.

In April, Benedict was elected from among the members of the Faculty Council to serve a three-year term as SFS Faculty Chair. In this role, Benedict serves as a liaison between faculty and the Dean’s Office, representing the faculty’s needs to the Dean and conveying information from the administration to the faculty.

Benedict arrived at Georgetown in 1995. At the time, there were many fewer women in the SFS than there are now, and most leadership positions were held by men. At the time, James Reardon-Anderson was serving as the first SFS Faculty Chair and was succeeded by Charles King, David Edelstein, Jeffrey Anderson, and Irfan Noorudin, “So, I was aware that I would be the first woman to serve in this particular position,” Benedict says.

Though previous faculty chairs “provided exemplary service,” Benedict is particularly inspired by other female faculty members in leadership positions, including former Georgetown Provost Dorothy Brown, former College Dean Jane McAullife, and Professor Carol Lancaster, who from 2010 to 2013 served as the first female dean of the SFS.

With these and other professors as role models, Benedict rose through the faculty ranks at Georgetown. She was promoted to associate professor in 1999, became a full professor in 2012, and was named the Sun Yat-Sen Professor of China Studies in 2018.

Benedict earned a bachelor’s degree from the University of California at Santa Cruz and went on to achieve a master’s degree in East Asian Studies and a doctorate in East Asian History, both from Stanford University. She taught at Williams College before arriving at Georgetown, where she now teaches on Chinese history, the Pacific world, and intersocietal relations.

Benedict has more than 40 years of experience as a woman in academia, and she recalls the ways she had been discriminated against as a high school student in the 1970s.

“A male teacher clearly favored the boys in the class, calling on them while ignoring the girls,” Benedict says. At the time, she was reading seminal texts like Simone Beauvoir’s The Second Sex and developing her identity as a feminist.

“One day in class, the teacher openly denigrated my intellectual abilities. After calling him out on this, I channeled my anger into my academic performance, which he had to acknowledge was excellent at the end of the year,” Benedict says.

Benedict describes how, in her experience, women have sometimes been held to higher standards than their male counterparts. “Unfortunately, girls and women often feel they have to ‘work harder’ to achieve the same recognition as boys and men.”

Encounters such as those she experienced in high school made her determined to be taken seriously as a scholar, irrespective of her gender. This determination has served her well in her career. As Faculty Chair, Benedict aims to help other faculty achieve their professional goals. 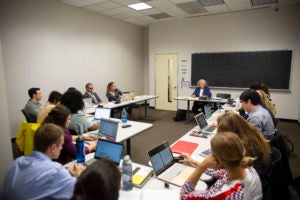 In addition to strengthening faculty mentorship programs, Benedict also hopes to “emulate the efforts of past SFS Faculty Chairs by continuing to foster diversity in faculty hiring and to maintain a culture of inclusion within the School where people of different backgrounds and perspectives can thrive,” she says.

Benedict commends how Georgetown has improved at hiring and supporting female faculty members. “Today, nearly 40% of the tenure-line SFS faculty are women,” she says.

This progress, Benedict says, is in part due to recent initiatives that help faculty balance their careers and family lives. She highlights the Hoya Kids Learning Center—created in 1997 to provide childcare for university faculty, staff, and students—and the extension of New Parent Leave to non-tenure-line faculty.

“These policies have made a real difference for both men and women who have to juggle family and caregiving responsibilities with the demands of their professional lives,” Benedict says.

However, she emphasizes that there is still progress to be made. Benedict hopes that upcoming recommendations from the Task Force on Gender Equity, created in 2018 by Georgetown President John J. DeGioia, will lead to more policies focused on gender equity.

“I may be the first woman to serve in this role, but I am certain I will not be the last.”