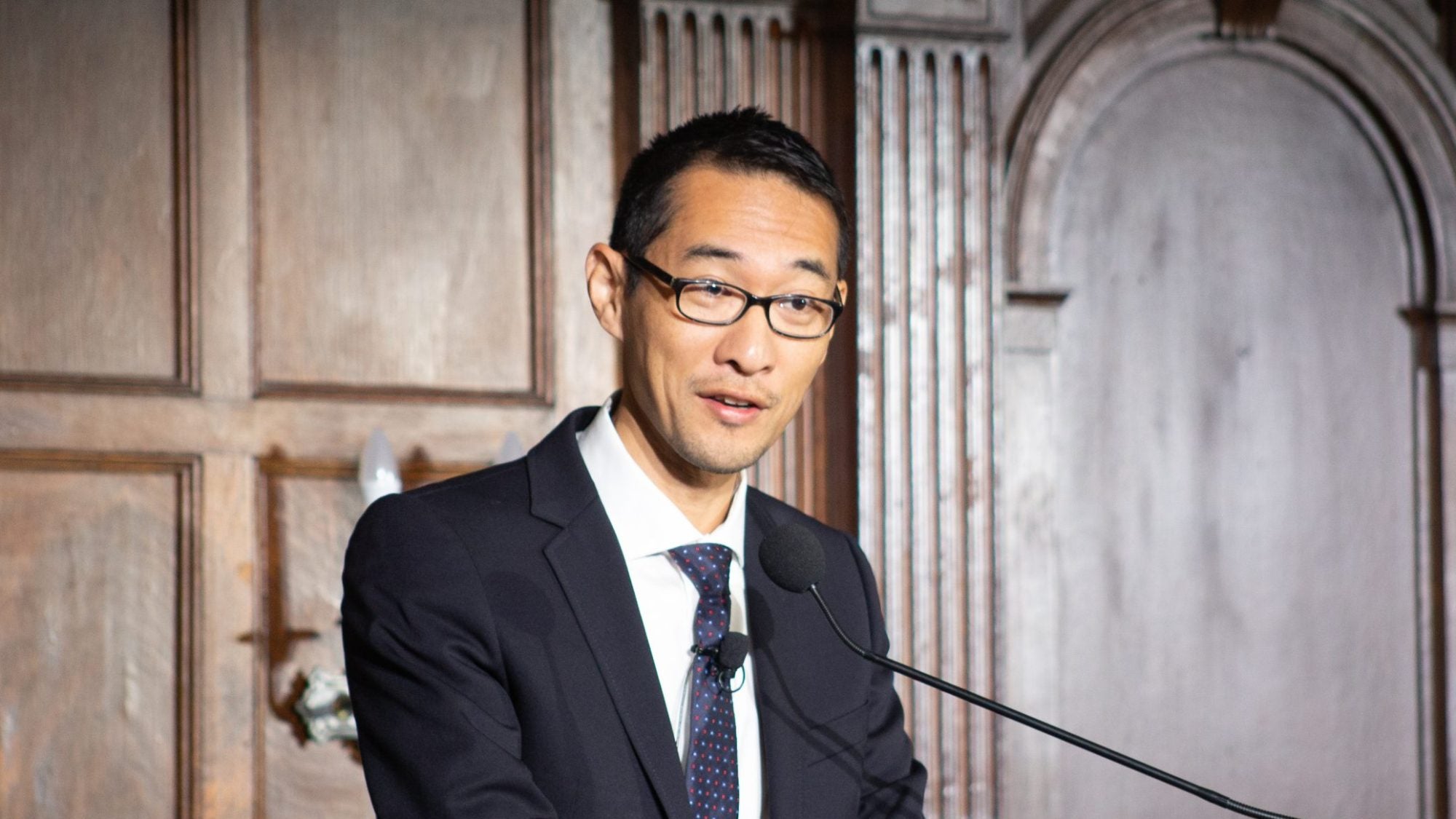 This year, Professor Yuhki Tajima began his tenure as director of the Asian Studies Program (ASP), assuming the role from past director Professor Michael Green. As the first director of ASP with a specialty in Southeast Asian studies, Tajima’s vision for ASP includes building on the program’s existing strengths in Northeast Asia while supporting the growth of Southeast and South Asian curricula, forming partnerships with institutions in Asia and providing more opportunities for student-alumni interaction.

In his role as director, Tajima draws on his experience in academia, intergovernmental organizations like the World Bank and governments to lead the program. In his scholarship, Tajima has conducted extensive field work in Indonesia, interviewing former combatants involved in incidents of religious and ethnic violence as well as former insurgents from the Free Aceh Movement and the Moro movements of the Southern Philippines. Along with valuable insight into how these groups mobilize and operate, living and working in Indonesia gave Tajima a keen sense of the region that is vital to his approach to ASP.

“I’m hoping that I can bridge some of the strengths from Northeast Asia with Southeast Asia,” he says. “In terms of what my role is, I think [it’s] making sure that we build on our curriculum so that we can cover all of Asia.”

The Asian Studies Program offers students a unique combination of traditional area studies, functional training and strategic insights that puts them at an advantage in both the professional and academic sphere. At ASP,  students have access to a number of valuable opportunities, including the Georgetown Initiative for U.S.-China Dialogue on Global Issues, the South Asia Speaker Series and the Asia-in-Depth Lecture Series. These events often allow students to interact with leading practitioners in the field like the Japanese Ambassador to the U.S. Tomita Koji.

Tajima’s directorship coincides with the tenth anniversary of the master’s program at ASP. When the program was first founded, area studies seemed to be making a decline, but the program’s success, both for students and employers, clearly counters this trend. Asia continues to evolve as a center of the world’s most pressing geopolitical and economic issues, and under Tajima’s leadership, the ASP curriculum is expanding to adequately address these challenges.

Since 2013, Tajima has been a valuable member of the ASP community, but he also brings a wealth of experience from outside the classroom to his position as director. While in Indonesia, Tajima consulted with the World Bank in post-conflict policymaking along with his research. Throughout his career, he has also worked with governments in Indonesia, the Philippines and Timor-Leste, as well as consulted for the United Nations Development Program.

Tajima’s research examines issues of communal violence, insurgencies, post-war societies, politically-affiliated gangs and the political economy of development, which he has brought to students in courses like Conflict & Order in Southeast Asia. His first book, The Institutional Origins of Communal Violence: Indonesia’s Transition from Authoritarian Rule, synthesized these interests by interrogating the link between the transition away from authoritarian rule and spikes in communal violence.

“A lot of my work tries to understand the causes and consequences of conflict and also how to resolve these conflicts,” he says. “What I’ve been doing throughout my career is to continue to study conflicts in Southeast Asia and relate it to not just the discipline of political science, but also building on area studies in Southeast Asia.” Through his work, Tajima feels he can bring “a Southeast Asianist’s perspective” to ASP.

Still, while Tajima’s scholarship primarily concerns Southeast Asia, his ties to Japan—both personal and professional—deepen his understanding of Northeast Asia.

“I do have a Japanese background; I grew up in the U.S. but my family’s from Japan,” he says. “In fact, this past summer I was sort of reigniting some of those connections with a visiting position in Kyoto University.” In this position, Tajima studied Japanese strategies for peacebuilding in Southeast Asia, thus considering his primary research topic from a different regional angle. This cross-regional approach is fundamental to Tajima’s position as director, as it allows him to see new areas of development for the program.

Beyond the Usual Suspects

As China becomes increasingly difficult to study and new powers emerge in other regions, Tajima hopes to see ASP diversify its regional offerings.

“I’m working with a lot of our South Asian faculty—throughout not just SFS, but also more broadly Georgetown—so that we have a legitimate South and Southeast Asia part of the program,” he says.

Already, Tajima has realized some of these goals through a number of initiatives on both the curriculum and programming side, including the addition of a new undergraduate certificate in South Asian Studies and a South Asian Studies speaker series featuring events concerning issues across the region.

Naturally, as a scholar of Southeast Asia, Tajima wants to see this momentum for South Asian Studies continue for Southeast Asian Studies as well. But this desire isn’t just personal—it’s part of a broader strategy for ASP. Diversifying the regional focus of the program is key to achieving Tajima’s goal of a bigger, stronger ASP. “To [grow the program] we have to, I think, continue to offer relevant experience, both in the classroom and outside, but also to expand in these different regions because I think that’s where a lot of the growth is going to be,” he says.

This approach to expansion is not insulated from the broader geopolitical context—Tajima’s directorship coincides with heightened tensions between the U.S. and China, which poses a challenge for scholars in both countries.

“Whereas China is increasingly difficult to study, at least for Americans and under the zero COVID policy, it’s sort of pushing students to think about other parts of Asia, and so I think there’s just naturally going to be a lot of demand in those areas,” he says. “The current environment casts suspicions on academics in China hoping to do outreach to the U.S. or U.S.-based academics who are trying to study or do outreach to China. And so there’s already a sort of difficulty for scholars who want to engage and so I think we need to find ways of keeping that bridge up, despite the suspicions.”

Building a Future by Looking to the Past

Tajima also envisions a future for ASP that looks beyond the Hilltop. “In the long-term, I’m hopeful that we can do something actually in the region, creating some experiences out in Asia for our students here, so it’s not just about being in D.C.,” he says. “That’s where you build up real-world expertise in a region is to actually live in these areas.”

Back on campus, Tajima wants to make use of the growing pool of MASIA alumni working in government, think tanks and academia. “[Alumni] are a resource, but they’re also part of our community,” he says. “When I’ve talked to them, they really want more connection with Georgetown. They want connection with current students and to keep in touch.”

Tajima plans to initiate more alumni/student social events as a way to connect the program’s past and current generations. “Hopefully the alumni can pull up the students with jobs or internships because that’s the virtuous cycle, and they pay it forward,” he says. As ASP continues to grow, that cycle looks promising for past, present and future students.