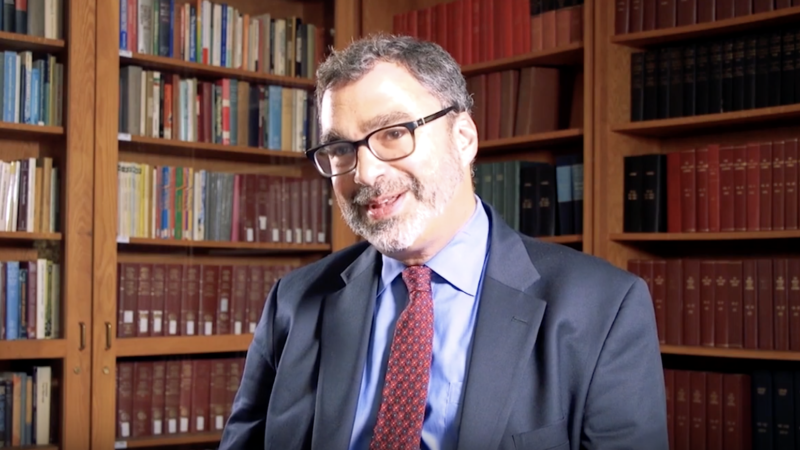 Mark Hetfield is the President and CEO of HIAS, a Jewish nonprofit that provides resettlement assistance to refugees arriving in the United States.

At Georgetown, Hetfield’s favorite professor was Madeleine Albright. She taught him in several classes, served as his thesis advisor, and invited him and several colleagues over to her house to watch “Repentance,” a satire mocking Joseph Stalin.

Hetfield regrets a few things from his time at Georgetown, mainly graduating early and not taking classes with Professor Jan Karski, but he is sure about his advice to current SFS students:

“You have such resources at your disposal. You have access to the greatest minds in foreign affairs, to great leaders, to real potential mentors — don’t spend all your time on your computer.”

Mark Hetfield first joined HIAS in 1989 as a caseworker in Rome, Italy. He has worked for the US Immigration and Naturalization Service, the US Commission on International Religious Freedom, a large law firm as an immigration attorney, and has held multiple roles at HIAS over the years. Since being named HIAS’ President and CEO in 2013, Mark has led the transformation of HIAS from helping refugees because they were Jewish to helping refugees because we are Jewish.

Mark is proud of HIAS’ role in assisting and resettling refugees of all faiths and ethnicities and as a major implementing partner of the United Nations Refugee Agency and the U.S. Department of State. He is a frequent commentator and writer on refugee issues on television, radio, newspapers, and other media outlets. Mark holds both a Bachelor of Science in Foreign Service and a Juris Doctor from Georgetown University.