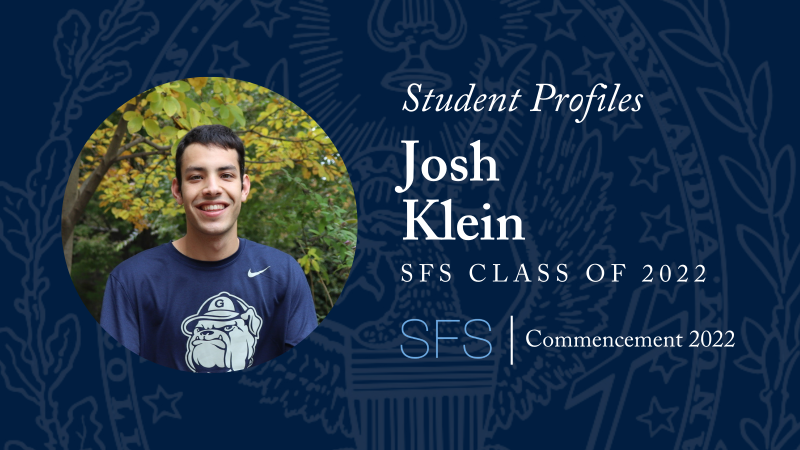 “I really felt like I could call this place home,” says Josh Klein (SFS’22) of the camaraderie and excitement he felt after the Washington Nationals won the World Series during his sophomore year at SFS. “It was a moment, when they won, that I felt like I was a part of the DC community for the first time.”

A Culture and Politics (CULP) major focusing on political communication and design, Klein has sought out communities that both make him feel at home and challenge him to grow as a student, advocate, graphic designer and athlete. Joining the Georgetown Running Club and other student organizations has allowed Klein to surround himself with people invested in his success.

These activities have also empowered Klein to take on leadership roles where he can advocate for causes he cares deeply about. His involvement with a variety of organizations working on U.S.-Israel relations united him with students from other local DC universities to advocate for a stronger relationship between the two countries, an experience he describes as one of his “proudest accomplishments at Georgetown.”