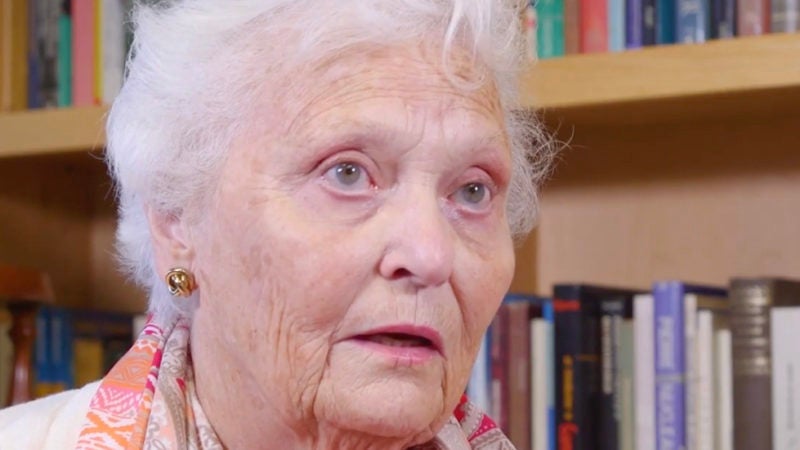 Helene Mallett was a member of one of the first classes of women admitted to the SFS (although women had already been admitted to night classes since the 1940s.) Now retired, she made her career in teaching, where she taught children of all ages and ESL students.

Helene wasn’t trying to be part of SFS history — she applied and was admitted without any idea that it was an all male school. Once on campus, however, she helped establish the Foreign Service Women’s Association, which worked to earn respect for the first few classes of SFS women.

Although she describes the male students as “really great to us,” Helene admits that it was a “difficult haul” for the first class of women. She was often the only woman in her classes, and the women were not allowed to live on campus.

“One of the professors always said ‘we have to have a future preference.’ And at the time, that didn’t really mean too much, but I never forgot it. And it’s true. You always have to be looking forward to future generations.”