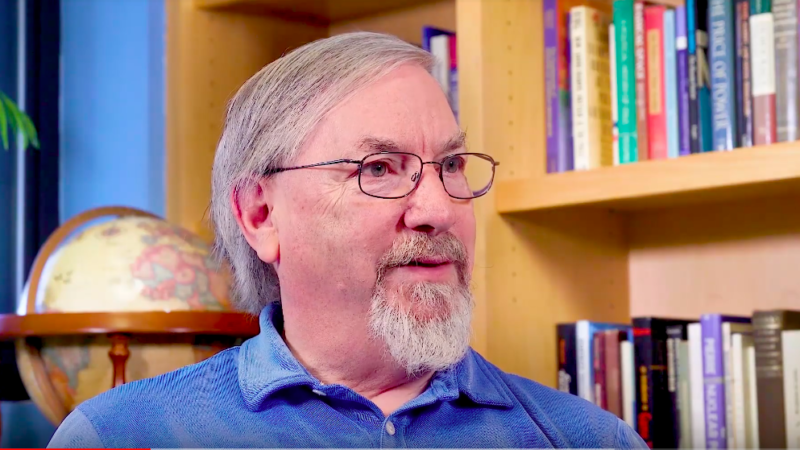 1968-1972 was “a calamitous period in American history, in higher education history, in Washington, DC and on the Georgetown University campus,” says Frank Murray (SFS’72). He, along with General George W. Casey, Jr. (SFS’70) and Roger Cochetti (SFS’72), recall what it was like to be students at Georgetown in the midst of this unrest.

Casey remembers “standing on the roof of Loyola Hall in 1968 and watching the smoke billow from downtown Washington.” The smoke was from riots that broke out across the country following Martin Luther King, Jr.’s assassination on April 4, 1968. In Washington, D.C., businesses and homes were destroyed, 13 people were killed by fires, police officers, or rioters, more than 1,000 people were injured and over 7,600 people were arrested.

Murray and Cochetti recall anti-Vietnam War protests on Georgetown’s campus, leading to a face off between civil disturbance units and student protestors from Georgetown and other schools who had camped out at the university. “The tear gas,” Murray says, “actually permeated the buildings. There was so much tear gas that they had to cancel the final exams.”

Prior to his appointment, Mr. Murray served as Senior Advisor at the international environmental consulting firm Ecology and Environment, Inc., where he provided strategic policy and market development guidance on environmental and energy issues to a number of private sector and not-for-profit clients. From 1996 to 1997, Mr. Murray was policy advisor to the United States Secretary of Energy, assisting in the development of the Clinton Administration’s national energy policy.

Mr. Murray served from 1992 to 1994 as the New York State Commissioner of Energy and Chairman of the NYSERDA Board of Directors, then a statutory function of the State Energy Commissioner. In 1985, Mr. Murray was appointed Deputy Secretary to the Governor for Energy and the Environment, a position he held until 1992. He served from 1983 to 1985 as Assistant Secretary for Energy and the Environment in the administration of New York State Governor Mario M. Cuomo. He began his career in public service as a legislative assistant to Congressman James V. Stanton (D-Ohio).