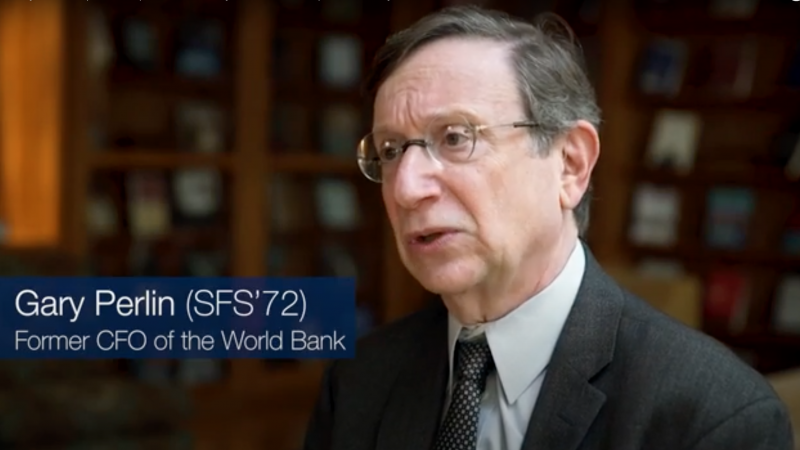 Former CFO of the World Bank Gary Perlin (SFS ’72) credits his career trajectory to his SFS classes. “I certainly would not have directed my career the way I did had it not been for the late Professor George Viksnins, who inspired me to believe that, in a world where there was a lot of disillusionment about U.S. foreign policy, we could make a difference,” he says. His SFS education also gave him the analytical skills necessary to understand both economics and policy implications, which came to define Perlin’s professional life.

Perlin says, “The faculty made such an imprint on me, not just on my mind but on my character.” And the school itself, Perlin believes, has made an impact on the world not only through both its graduates and values.