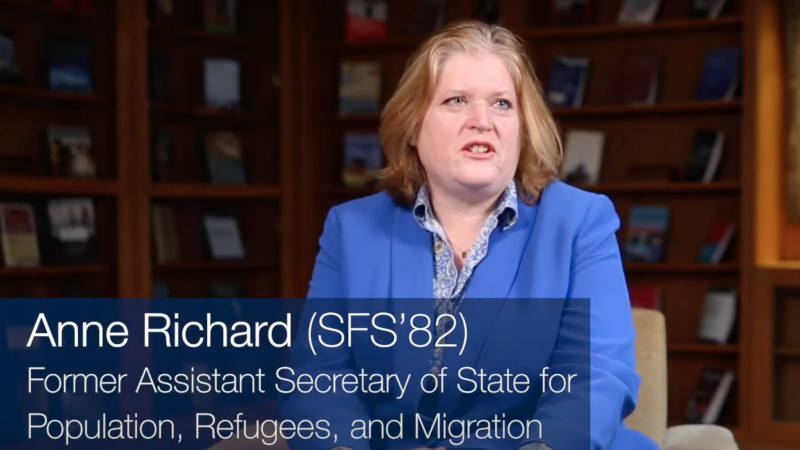 Former Assistant Secretary of State for Population, Refugees and Migration Anne Richard (SFS’82) admits she arrived at Georgetown unsure of whether or not she could succeed. But, with the help of encouraging professors, Richard discovered a talent for writing and a passion for public service.

The curiosity and enthusiasm of the community she encountered at SFS was inspiring, she says. “I remember being kind of shocked that a Catholic priest would be so interested in Buddhism, Hinduism, Islam and Zoroastrianism, so that made a big impression on me,” she explains. Georgetown, she says, “helped open up the whole world for me.” Now, as an adjunct professor at SFS, Richard cherishes the opportunity to make a similar impact on today’s generation of students.