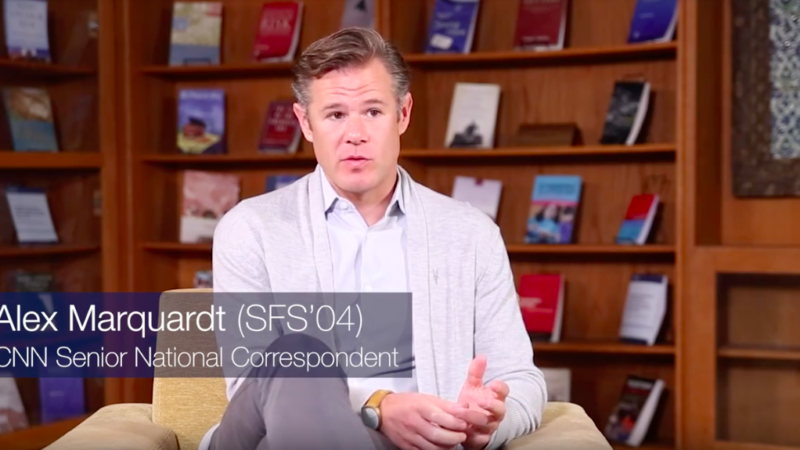 Alex Marquardt (SFS’04): An SFS Understanding of the World

CNN Senior National Correspondent Alex Marquardt (SFS ’04) did not know that he would pursue a career in journalism when he graduated from SFS, but he was sure that he wanted to do something that was “global and impactful.” He went on to spend eight years overseas in Russia and the Middle East as a foreign correspondent reporting on “some of the most historic events of this century,” including the Egyptian revolution, the Libyan Civil War, and Europe’s unfolding refugee crisis. An award-winning reporter, Marquardt is now based in the network’s Washington bureau where he covers national security issues.

Marquardt got his first taste of broadcasting as a Georgetown student, when he joined GUTV, the campus television station. SFS connections have continued to be an important presence throughout his career. The commencement speaker for his graduating Class of 2004 was renowned journalist Christiane Amanpour; Marquardt would go on to cover the Egyptian revolution with Amanpour seven years later. Marquardt says, “When you travel around the world, you immediately see the reach of this school, the network of this school, and if you’re lucky enough to come across someone who has been there as well, it’s an immediate bond.”